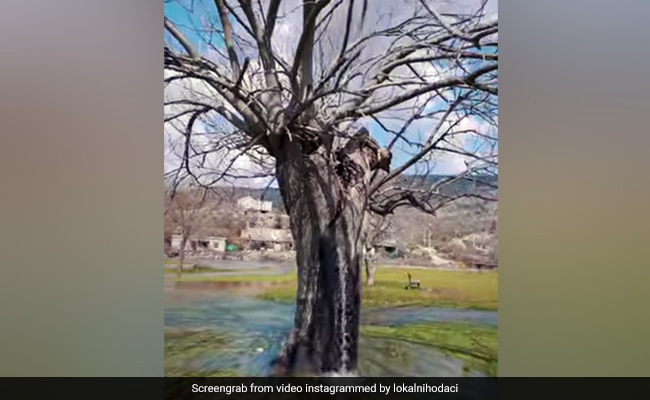 Water coming out of a Mulberry tree’s trunk

Internet is full of photos and videos of amazing trees and forests. But a recent post on Instagram showing water coming out of a Mulberry tree has amazed the internet.

The video was shared on Instagram on April 3, by localnihodaci where water can be seen coming out of the trunk of a Mulberry tree without leaves. A man is even seen washing his face from the water oozing out.

“Miraculous mulberry from Dinosa is working as a spring again,” according to the translation of the caption originally posted in Bosnian.

Other users have also posted photos of the tree, which according to the BBC is 100 years old and situated in Montenegro, in Southern Europe.

The BBC report further said that it’s a once-a-year occurrence that lasts only a few days.

The phenomenon occurs because of underground springs, which overflow during heavy rains, creating a high pressure that causes water to gush out of the tree trunk.

“Fountain tree. Since there are ancient aqueducts in this area, from the river Cijeva, a tree that grew into one of the aqueducts closed the water and water erupted on this cavity of the tree. The source is especially pronounced when there is precipitation,” a user wrote in the comment section of the post.