You are here: Home / Internet / Why India shuts down the internet more than any other democracy – BBC News

As protests over a controversial citizenship law rage across India, authorities resorted to shutting down the internet in cities where demonstrators flooded the streets. It was one more episode of a shutdown in a country which has seen the highest number of internet blocks in the world so far this year.

“I want to assure my brothers and sisters of Assam that they have nothing to worry after the passing of the Citizenship Amendment Bill. I want to assure them – no one can take away your rights, unique identity and beautiful culture. It will continue to flourish and grow,” Prime Minister Narendra Modi tweeted on 12 December amid violent protests in the north-eastern state last week.

The only problem? There was no internet there on that day so it’s unclear whether any of the thousands of people protesting against a controversial citizenship law were able to read his tweet.

The irony of the situation caused a lot of comment, especially as it came alongside news that India is the world leader in internet shutdowns.

The internet has been shut down 93 times so far this year, according to the Internet Shutdown Tracker, a portal which tracks such incidents across the country.

Ongoing protests against the citizenship law saw the internet not only blocked in Assam, but also in districts in West Bengal state as well as in the northern city of Aligarh in the last few weeks alone.

With protests showing little signs of abating, there is every chance that this number could increase before the end of the year.

But the shutdowns of the last few weeks have at least been temporary.

Broadband and mobile data services have been blocked for more than four months in Indian-administered Kashmir, with no signs of the situation changing.

Officials have said that it is necessary to “keep the peace” in the region, which was recently stripped of its semi-autonomous status, divided into two federally-governed territories and saw many of its political leaders detained.

Longer internet blackouts than this have occurred only in countries like China and Myanmar.

But it’s not just this year that India has led the way in blocking off access to the net.

It also saw the highest number of shutdowns in 2018 with 134 reported incidents. To put this in perspective, the second-highest country on the list was Pakistan – which saw 12 shutdowns last year.

Many Indians – who are part of one of the fastest growing internet markets in the world – have criticised what they perceive to be a clampdown on free speech and a “regressive” leadership whose knee-jerk reaction at the first sign of unrest is to suspend the internet.

Part of the criticism is sparked by the fact that Mr Modi made internet connectivity a major election plank before he won his first term as prime minister in 2014. 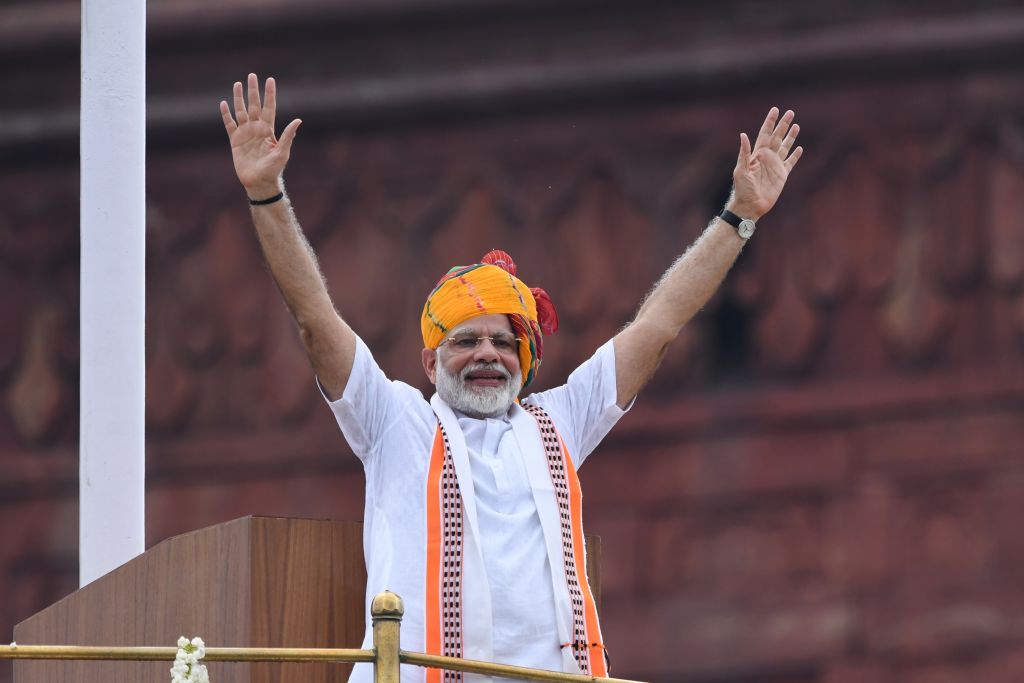 I dream of a Digital India where access to information knows no barriers.

Mr Modi also said he wanted more than a billion Indians online and wanted to take cheap, high-speed broadband to rural areas to achieve this.

But the increasing number of shutdowns since he came to power in 2014 has prompted many to question whether this is what he means when he says he is “digitising India”.