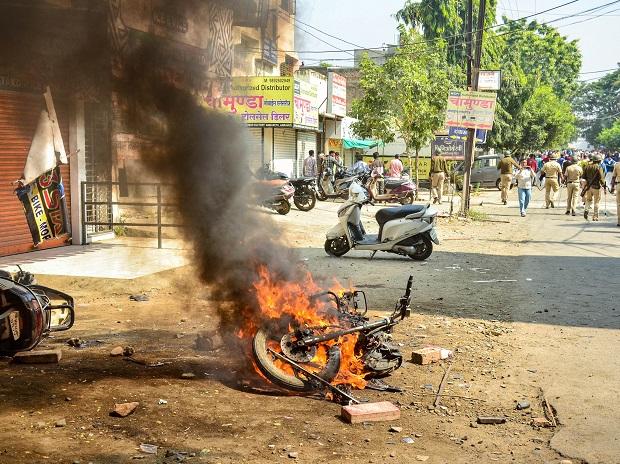 A vehicle set on fire allegedly by a mob during a bandh supposedly organised by BJP, in Amravati, Saturday, Nov. 13, 2021. (PTI Photo)


Latest live news: Authorities cut off internet and enforced a four-day curfew in Maharashtra’s Amravati city on Saturday after fresh violence during a shutdown, a police officer told PTI.


A mob hurled stones at shops during the bandh allegedly organised by local BJP workers to protest rallies by Muslim organizations the day before to condemn the recent violence in Tripura, police said.


The two-week conference in Glasgow, which extended into an extra day of tortuous negotiations, was the 26th of its kind but the first to call for a reduction in fossil fuels, which not only power much of the world’s economy but are also the main cause of manmade global warming.

The Supreme Court on Saturday asked the central and Delhi governments to come up with an emergency plan to tackle New Delhi’s toxic air quality and dangerous smog conditions, calling the situation “very serious”. “You tell us how do you plan to take the emergency measures? Two-day lockdown? What is your plan on lowering the AQI (Air Quality Index) levels?” said Chief Justice N V Ramana, asking the governments to submit their response by Monday