Oregon man, 22, ‘trawled the internet for tips on how to get away with murder and looked at homophobic vitriol before luring man he met on Grindr under the username “st8 curious” and beating him with a wooden club’

By Alyssa Guzman For Dailymail.Com


An Oregon man, who searched how to get away with murder and viewed homophobic attacks on the internet, violently beat a gay man with a wooden club that left the victim with part of his skull missing after they met on Grindr, authorities said.

Daniel Andrew McGee, 22, of Springfield, Oregon, was arrested and charged this week with a federal hate crime after meeting with an unidentified man on Grindr – a dating app primarily used by gay men – under the username ‘st8 curious,’ according to Oregon Live.

McGee entered the man’s apartment on July 5 after they agreed to meet and ensured the two would be alone. He proceeded to beat the victim on the head with a wooden club for several minutes, court documents revealed.

Eugene Police were called to the man’s apartment around 11:30 a.m. after an unidentified caller reported a person screaming for help after the attack, according to Oregon Live. 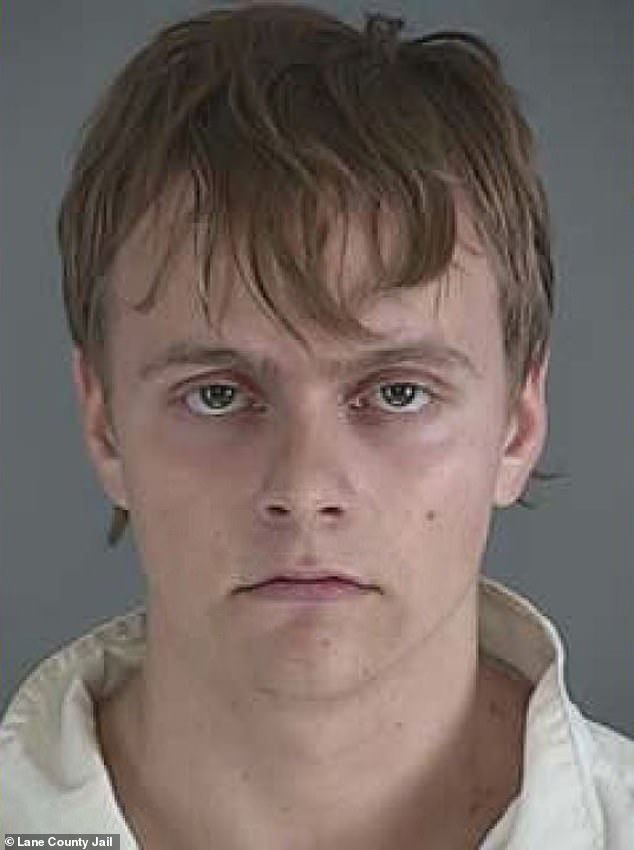 Daniel Andrew McGee, 22, has been charged with a federal hate crime for attempting to kill a gay man after meeting at the man’s apartment on July 5. He was arrested Monday

Police arrived to find the man with life-threatening head injuries. He was transported to PeaceHealth Riverbend Hospital, court documents revealed. He reportedly had multiple wounds to the side and back of his head and a section of his skull was missing.

McGee, who is autistic, was also at the apartment when police arrived. The attacker was covered in blood, court documents reported.

He allegedly told police he went to the man’s house ‘because he knew that demons would be there’ and that his nightmares instructed him to kill, court documents said.

The criminal complaint also said McGee told police he struck the man with a tire thumper and his fists and that he was going to ‘slay’ and ‘get rid of [the man].’

The victim later found a bag McGee left behind, which contained kitchen and folding knives, a bottle of Comet disinfectant cleaner, a portable vacuum and a roll of trash bags, court documents reported.

In weeks leading up to the attack, investigators found that the 22-year-old had searched for violent anti-gay material, including attacks made against them, on the internet.

He also purchased the club and a wig on the internet in June and allegedly searched ‘how to get away with murder’ and ‘how murders avoid getting caught,’ court documents reveal. 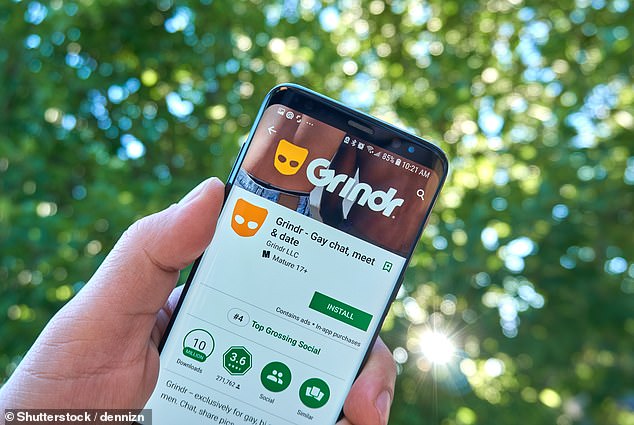 The pair made on Grindr – a dating app typically used by gay men. McGee’s username was ‘st8 curious’

McGee’s father, who was not named, allegedly told police he was worried about his son’s mental health, as his son had been on and off medications, and that he was unaware his son had left the house.

McGee was arrested on Monday by the FBI and charged with a federal hate crime for targeting and assaulting the man, prosecutors said. He attended a detention hearing the same day at the U.S. District Court of Eugene.

Magistrate Judge Mustafa Kasubhai ordered McGee to stay detained, citing that the 22-year-old was a danger to society and was at risk of fleeing.

Special Agent Kieran Ramsey of FBI Portland – one of the organizations who investigated the case – said: ‘Hate crimes, such as this, tear at the social fabric of our community. It shouldn’t matter where a person comes from or the color of their skin or whom they love. No one in our community should be allowed to go unpunished for such behavior.’