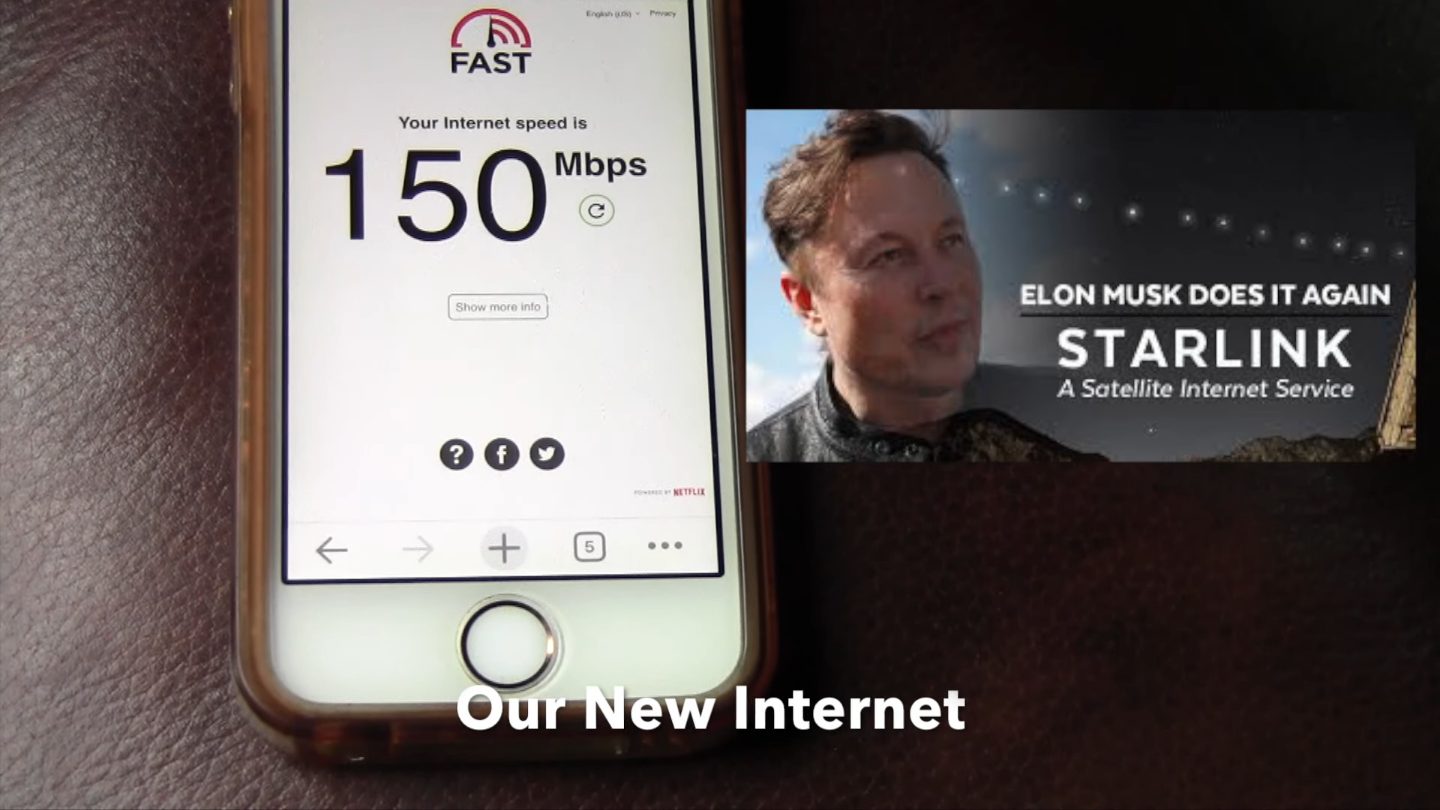 A family living off-grid in remote mountains near Coquihalla Pass has been using a Starlink connection to document the Coquihalla Highway repairs on YouTube — as spotted by Tesla North.

Recent storms in British Columbia flooded the Coquihalla Highway that connects Vancouver to Kamloops, causing substantial damage to the highway and its surroundings. The storms took out nearby cell towers and even exposed some underground gas lines. Repair work on the highway is ongoing, but it isn’t expected to reopen until early next year.

“We live in the mountains. Things like this happen almost every year. Something happens where we’re stranded here for a little bit, so we do have food here, [and] we are getting supplies flown in,” said Jer, one of the brothers that run the SteBros YouTube channel, after the family refused to evacuate on a rescue chopper that came for them.

“As far as communication goes, the cell towers are down. But, we did just get this awesome satellite internet,” he said, talking about Starlink.

Starlink is a high-speed satellite internet project from SpaceX that aims to bridge the connectivity gap in remote areas with reliable and affordable service. The Starlink beta originally launched as an invite-only program in Canada late last year, with the service coming out of beta this month.

Jer and his family have been documenting the evacuation and repair process in the area while also trying to find a viable road out of their residence and into a nearby town, and uploading footage to YouTube over their Starlink connection.

Before Starlink, the family had an Xplornet connection (their only available option) that offered measly download speeds of 2.3 Mbps. Starlink, on the other hand, can get them all the way up to 150 Mbps — and that’s on a fairly cloudy day.

Major news outlets in B.C. haven’t been able to document the highway fix, as it’s inaccessible and dangerous to get there. Looks like Jer and his brother are doing cape-level hero’s work, to showcase the hardworking crews rebuilding the Coquihalla, after sections were washed out.

Starlink has an impressive track record in Canada, where broadband isn’t just slow but also expensive. Median download speeds for Starlink across Canada far exceed anything local broadband providers have to offer, and the subscription only costs $129 per month with no data caps whatsoever.

Unfortunately, getting your hands on a Starlink terminal anytime soon isn’t going to be easy. Earlier this week, SpaceX pushed delivery timelines for Starlink kits all the way into 2022 because of the ongoing chip shortage.