You are here: Home / Technology / 3 Tech Stocks That Are Thriving Despite Coronavirus – Motley Fool

The impact of COVID-19 on the U.S. economy and Americans’ ability to work has been devastating. As the novel coronavirus continues to spread across the U.S., companies of all sizes are being affected as people spend more time at home, and less time shopping, eating out, and spending money as usual. As a result, many companies have had to lay off workers, which has pushed the percentage of unemployed Americans past 10%.

But despite all of the economic turmoil, some tech stocks are thriving right now. With more people working from home, many tech companies have seen the demand for their products and services surge during this time. Specifically, Apple (NASDAQ:AAPL), Fastly (NYSE:FSLY), and Shopify (NYSE:SHOP) have been growing despite the pandemic. Here’s what investors need to know about these three tech stocks. 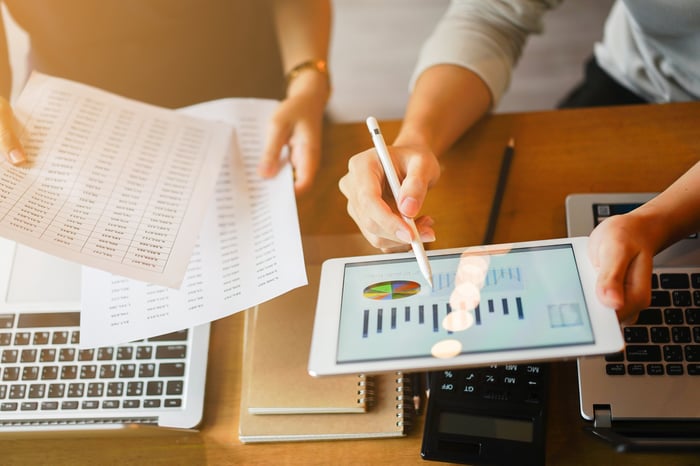 Apple is proof that large, stable companies not only make good long-term investments, but they can be great investments during economic uncertainty as well. Despite the pandemic, Apple’s revenue increased 11% and its earnings popped 18% in its fiscal third quarter. The company’s total revenue of $59.7 billion in the quarter and earnings of $2.58 per share blew past analysts’ consensus estimates of $52.3 billion and $2.07 per share, respectively.

Two bright spots in the third quarter were Apple’s services segment, which increased revenue by 15%, and the wearable, home, and accessories segment, in which sales jumped 16.7%. 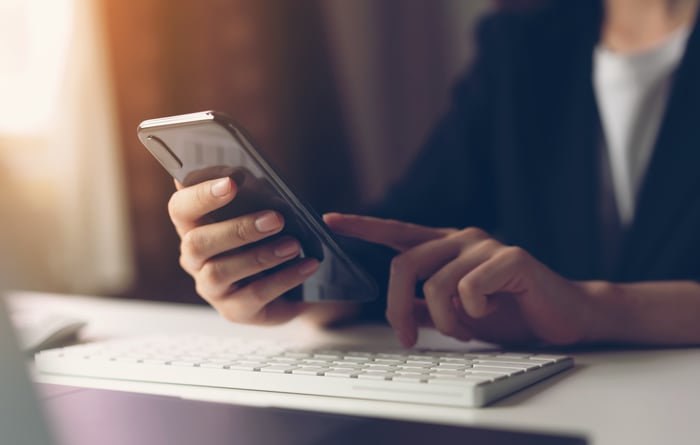 Fastly isn’t a household name, but the company has quickly gained attention from investors this year. That’s because Fastly’s services help companies speed up their websites, apps, videos, and so on — which has become more important than ever as people spend more time at home during the pandemic.

Fastly is just coming off of a very strong second quarter in which sales increased 62% year over year to $75 million, which easily beat analysts’ consensus estimate of $71.4 million. The company also reported non-GAAP (adjusted) earnings per share of $0.02, beating Wall Street’s expectations of a loss of $0.01 per share.

In addition to the company’s impressive earnings and revenue figures, Fastly also increased its customers in the quarter to 1,951, up from 1,837 in the previous quarter, and expanded its gross margin to 61.7%, up from 55.6% in the year-ago quarter.

Oddly enough, many investors sold their Fastly shares after the second-quarter results were published, and the stock dropped nearly 18%. But don’t let shortsighted investors scare you away from this company. Its services are helping to speed up online offerings, and Fastly’s continued growth shows that other companies are seeing the benefit of using those services to improve the experience of their users.

The company’s stock is up 333% since the beginning of this year; Fastly’s second-quarter results prove that the latest sell-off by investors is creating a buying opportunity for investors who want to hold on to this company for the long term. 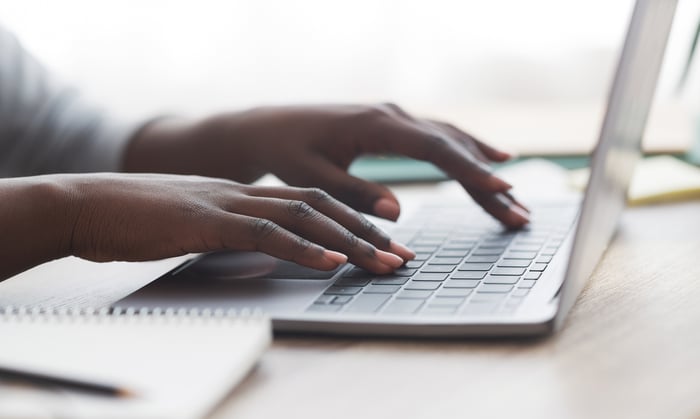 As the coronavirus began spreading across the U.S. several months ago, companies of all sizes started looking to tap into e-commerce to keep their businesses afloat. This rapid shift to online sales caused a spike in demand for Shopify’s e-commerce platform, which had already been experiencing rapid growth.

The pandemic helped push Shopify’s sales up 97% in the second quarter to $714.3 million, which far surpassed analysts’ consensus estimate of $510.8 million in revenue. Additionally, gross merchandise volume (GMV) — the total dollar value of orders processed on Shopify — increased 119% to $30.1 billion in the quarter.

Shopify’s blowout quarter and its growth in the e-commerce market have convinced many observers that this tech company is worth investing in. As a result, Shopify’s stock has skyrocketed 223% over the past 12 months. With no end in sight for COVID-19 or any idea of when in-person shopping will get back to normal, Shopify is well-positioned to continue growing during the pandemic and beyond.