We all know the professional world looks pretty different now than it did prior to the pandemic. Comparing the results of two 2020 Bloomberg Law surveys—March’s Legal Operations Survey and July’s Legal Technology Survey—shows just how different it looks for in-house departments and law firms.

Our most recent data found a notable increase in the use of collaboration tools by law firms—and use by in-house legal departments more than quadrupled. 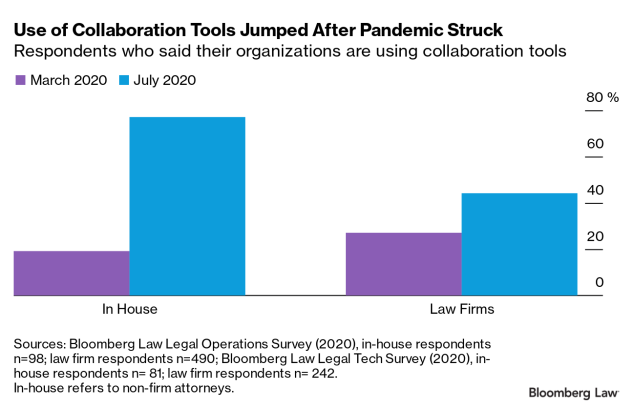 In our Law Firm Benchmarks Survey (2020), which was fielded in June and July, only 32% of firm respondents reported using collaboration tools.

It’s unclear why in-house legal departments are using collaboration tools so much more often than law firms. One reason could be that in-house departments had more fully embraced project management and in-person collaboration before the pandemic, sending those attorneys to technological solutions faster when forced to work from home. Another reason could be that firm practitioners simply collaborate less frequently than their in-house counterparts, or do so using older technologies like traditional email. 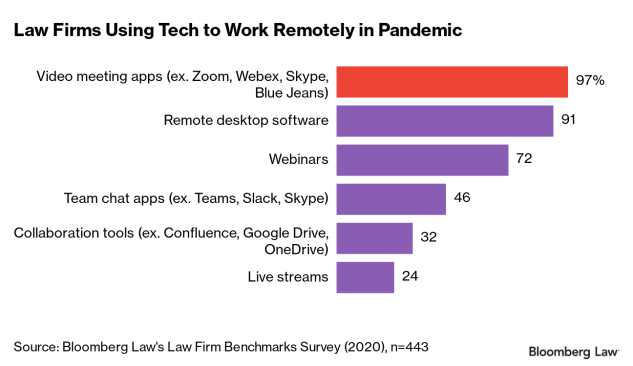 If you’re reading this on the Bloomberg Terminal, please run BLAW OUT