— Debate highlights: Beyond the (not surprising) anti-Amazon commentary from Sens. Elizabeth Warren and Bernie Sanders, candidates at the final Democratic debate of the year raised alarm about China’s use of — and lead in — technology.

— Ready for sign-off: President Donald Trump will, in the coming days, sign highly anticipated tech and telecom bills around satellite TV and robocalls — and, eventually, the USMCA trade deal.

“No one ever told me transitioning back to civilian life would be harder than anything I ever did in the Navy. Comcast gave me an opportunity.” -Kenneth Collier, Facilities Manager and U.S. Navy Veteran, 8 years. comcastcorporation.com/military

IT’S FRIDAY; WELCOME TO THE FINAL MORNING TECH OF 2019! I’m your host, Alexandra Levine. I’m powering down for the final stretch of the year, and I hope you will, too. Have a wonderful, warm, safe and relaxing holiday. (And if you’re out of gift ideas, subscribe your friends and loved ones to Morning Tech.)

Got a news tip? Write Alex at [email protected] or @Ali_Lev. An event for our calendar? Send details to [email protected]. Anything else? Full team info below. And don’t forget: add @MorningTech and @PoliticoPro on Twitter.

PROGRAMMING NOTE: POLITICO Pro’s Morning Tech will not publish from Monday, Dec. 23, through Friday, Jan. 3. We’ll be back on our normal schedule on Monday, Jan. 6.

WRAPPING 2019 WITH POLITICO’S PRESIDENTIAL DEBATE — Warren touted her selfies. She and Sanders pulled out their usual, anti-Amazon stops, complaining the online giant pays “zero” in taxes. But the most substantive tech moments in Thursday’s Democratic debate, hosted by POLITICO and PBS NewsHour, were Andrew Yang’s and Pete Buttigieg’s positions on China and technology. (Yang also served the tech quote du jour: “Our kids are addicted to smartphones or drugs.”)

— Yang raised concerns about Chinese government surveillance and China outpacing the U.S. on artificial intelligence. “They banned face masks in Hong Kong,” he said. “Why? Because they have AI technology that now is using facial recognition to identify protesters … so they can follow up with them and detain them later.” He added: “This is the rivalry that we have to win where China is concerned. They’re in the process of leapfrogging us in AI because they have more data than we do and their government is subsidizing it to the tune of tens of billions of dollars. I have sat with our leading technologists and they say they cannot match the Chinese resources.

“What we have to do,” Yang said, “is build an international coalition to set technology standards and then you can bring the Chinese to the table in a very real way because this is their top priority, and this is where we need to outcompete them and win.”

— Buttigieg, on a related note, urged the U.S. to “acknowledge what’s going on there: the use of technology for the perfection of dictatorship,” he said. “That is going to require a stronger than ever response from the U.S. in defense of democracy, but when folks out there standing up for democracy hear not a peep from the president of the United States, what message is that sending to the Chinese Communist Party?”

COMING IN HOT: CCPA — California’s new privacy law takes effect Jan. 1, giving companies around the world just a few more days to get ready. State Attorney General Xavier Becerra doesn’t release the final regulations or begin enforcing the Privacy Act until July 1, but he has stressed that the first six months are not a free period — that he can ding companies retroactively for violations. Becerra told reporters this week that he plans to stick to the enforcement timetable despite pleas from industry for a delay. “We’re ready for prime time,” he said.

— But where will he begin in a state containing 40 million people and Silicon Valley? “I think we’d all agree that if you’re going to see real enforcement — aggressive, early, decisive enforcement — it’ll deal with kids,” he said. “The last thing you want is for any company to think that we’re going to be soft on letting you misuse kids’ personal information.”

— The Privacy Act gives Californians new control over personal information collected by businesses, including the right to delete it or stop it from being sold. It offers additional protections to children under 16. Microsoft announced this fall it planned to honor CCPA protections nationwide. Google has made its Privacy Act data controls available to users around the world.

SPENDING DEAL SPELLS END FOR SATELLITE TV REAUTHS — Capitol Hill is finally putting an end to the recurring satellite TV reauthorization cycles with a deal passing into law as part of the fiscal year 2020 spending bill, John reports in a new dispatch for Pros. The winners, after a year of contentious lobbying over the Dec. 31 expiration of the STELAR statute, seem to be broadcasters like Fox, CBS and ABC, which sought to end the cycle of renewals to ward off potential threats to their revenue (i.e., the retransmission consent payments they charge cable and satellite companies for their content).

— “If I were a broadcaster, I’d be pretty happy,” House Energy and Commerce ranking member Greg Walden (R-Ore.) said in an interview. Broadcasters, one Senate Republican added, “did a very effective job of picking off members one by one.” Who’s not happy? AT&T, which owns satellite provider DirecTV and suddenly faces a key license sunsetting in mid-2020. AT&T issued a scathing statement Thursday suggesting that lawmakers should not be sunsetting this provision, which allows it to import broadcast content from faraway cities to its rural markets. “Make no mistake, when the screens of those consumers go dark, the sole reason will be that Congress did not act to protect them,” senior exec Jim Cicconi wrote, prompting swift pushback from the National Association of Broadcasters.

ALSO ON THE PRESIDENT’S DESK — The Senate advanced its robocall-call fighting measure, S. 151 (116), as well as legislation to improve broadband mapping data, S. 1822 (116), setting up some rare bipartisan victories for a Congress in the peak of impeachment frenzy. Sen. Mike Lee (R-Utah), meanwhile, blocked a Senate attempt to clear House-passed legislation that aimed to help compensate rural wireless carriers for the cost of ripping out and replacing Huawei and ZTE gear, as John reported. 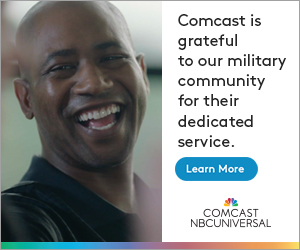 STUDY ON FACIAL RECOGNITION BIAS REIGNITES FEARS IN D.C. — A federal study finding pervasive racial biases in facial recognition systems is rekindling concerns in Washington about the technology’s deployment. The National Institute of Standards and Technology analysis found that “facial recognition software more frequently misidentified people of color than white people,” as Cristiano reported for Pros. In response, lawmakers called for renewed scrutiny of the software’s use in the public and private sectors.

— Sound the alarm: “It is clear these systems have systemic design flaws that have not been fixed and may well negate their effectiveness,” said House Homeland Security Chairman Bennie Thompson (D-Miss.). “The Administration must reassess its plans for facial recognition technology in light of these shocking results.” Sen. Ron Wyden (D-Ore.), who has introduced legislation to force firms to analyze and address potential concerns with their systems, told MT that the study “shows once again why Congress should require companies to examine their algorithms for bias.”

USMCA MOVES AHEAD, BUT NOT SO FAST — The tech world cheered the House passage on Thursday of the U.S.-Mexico-Canada Agreement, or USMCA, urging the Senate to do the same as quickly as possible. The one, not inconsequential thing standing in the way? Impeachment. Although the deal, which has bipartisan support in the Senate, is expected to pass and land on the president’s desk to be signed into law, there are still speedbumps — Senate Majority Leader Mitch McConnell has already indicated the upper chamber won’t take it up until after the impeachment trial in January.

— 2020 check: Asked about USMCA at last night’s Democratic debate, Sanders said he would not vote for the agreement (arguing it’s only “a modest improvement over what we have right now” and that the country needs a trade policy that better protects workers), while Sen. Amy Klobuchar (D-Minn.) said she would.

A NEW CLOUD OVER PRIVACY SHIELD — U.S. officials are closely watching a legal dispute before the European Union’s Court of Justice after an adviser raised concerns Thursday about the Privacy Shield agreement between the governments. Henrik Saugmandsgaard Øe, an advocate general, wrote of his “doubts about the validity” of U.S. claims that its data protection standards are on par with European regulations. Our colleagues in Europe report such opinions are non-binding but often followed by the court.

— “The United States has been actively participating in the Schrems II case to explain the restrictions and safeguards in U.S. law relating to government access to data for national security purposes,” a spokesperson for the International Trade Administration told MT, adding that it will review the opinion and continue to “closely monitor” the case.

HOUSE LAWMAKERS QUESTION FCC SUBSIDY SHAKE-UP — Top Democrats and Republicans on the House Energy and Commerce Committee raised questions about FCC Chairman Ajit Pai’s recent move to scrap planned 4G LTE subsidies over bad carrier-submitted data and instead proceed with a new $9 billion 5G fund. An FCC spokesperson said these questions “are important ones that the Commission will resolve through a notice-and-comment rulemaking to be launched early next year. Having grown up in rural Kansas, Chairman Pai is working aggressively to close the digital divide and make sure that all Americans have access to digital opportunity.”

— Meanwhile in telecom: House E&C’s top Republicans also asked the panel’s Democratic chairs to partner with them in cracking down on local governments that divert 911 consumer fees for non-911 purposes. The FCC issued an annual report on the matter Thursday.

At Comcast NBCUniversal, we’re grateful to our Nation’s military for their dedicated service. That’s why we’re committed to hiring at least 21,000 members of the military community between 2015 and the end of 2021 and have an internal support network of fellow military members to help with the transition. comcastcorporation.com/military

China and Huawei: Here’s what China is doing to secure Huawei’s market position in Europe — and how that could backfire, via POLITICO Europe.

Video OTD: Amazon prohibits CBD sales, but WaPo, “to test Amazon’s ability to police its marketplace,” bought almost a dozen products from the platform that do, in fact, contain CBD.

3.5 billion: The number of packages Amazon said it probably will have delivered around the world, through its own network, by the end of this year, according to Reuters.