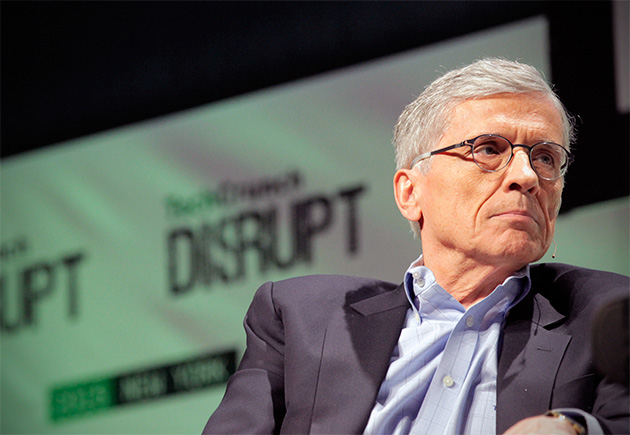 Companies have been gunning for the FCC’s open internet rules since the very moment news crossed the wires, and their latest move involved pushing for a stay — a sort of legal “not so fast!” — on the classification of the internet as a public utility. While visiting TechCrunch Disrupt in New York this morning, FCC chairman Tom Wheeler reaffirmed his belief in a victory for the internet, saying he was “pretty confident” in the outcome of the cases and that his plan for now was simply “not to lose”.

If the sight of cable companies and content providers putting up a fight comes as any kind of shock, you haven’t been paying attention. Immediately after the Commission revealed its new set of rules, players like AT&T and Verizon hastily issued public policy blog posts denouncing the move, and it was long after that before the lawsuits started rolling in en masse.

When asked if he expected as many challenges as he got, Wheeler was blunt. “Sure,” he said. “The Big Dogs will sue on the things they don’t like and it’s their right.” Still, he doesn’t seem all too worried about the matter. Wheeler explained that the Verizon decision that overturned the 2010 Net Neutrality rules was based on the concept that the FCC tried to impose Title II-like requirements without actually coming out and saying these companies are Title II common carriers. Even with parts of the Telecommunications Act subject to forbearance here — meaning some things just won’t apply to keep regulatory meddling to a minimum — there’s just no ambiguity anymore. That extra bit of legal specificity is enough to keep Wheeler awfully optimistic about the Open Internet’s chances, but you know its opponents are going to throw whatever they can at the plan in hopes that something icky sticks.