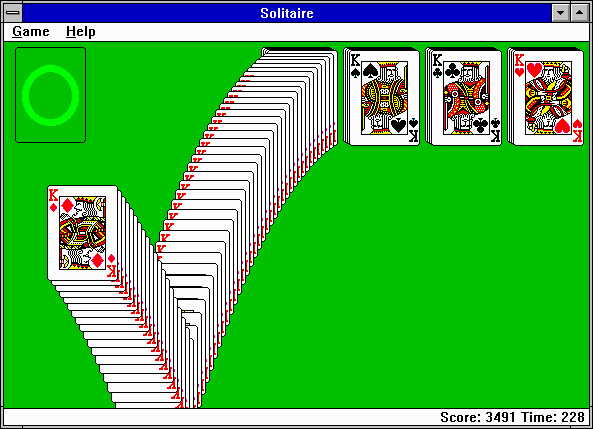 Another classic computer game has quietly turned a quarter of a century old: Microsoft Windows’ Solitaire!

Microsoft is celebrating the milestone with two competitions: an internal one among its employees and a tournament with the public in June.

“It was 25 years ago that Microsoft Solitaire debuted on Windows, and to honor the decades of fun it’s given us all, we’re celebrating with two big competitions. First, an internal competition among Microsoft employees kicks off today to determine who leads the leaderboards here. Then, starting Monday, June 5, Microsoft winners will go head-to-head with public players in a 25th Anniversary Tournament hosted within the game,” it said.

Solitaire is the card game bundled in Windows since 1990.

It has since spawned five popular versions, including the classic Klondike Solitaire.

“From Klondike to FreeCell to Spider, TriPeaks and Pyramid game modes, you’ll be challenged to bring your best to defeat our best. Are you up to the challenge? Get your Solitaire game on today,” Microsoft said. — Joel Locsin/TJD, GMA News