On Monday morning, as the day was beginning to heat up outside at the Parque Niños COVID-19 testing site where he volunteers, Laurence Berland took off one mask and readjusted another so he could talk about life after Google.

That is, what does a tech activist do after playing a central role in an employee revolt at one of the world’s largest tech companies? Berland was, indeed, one of the so-called “Thanksgiving Four,” a reference to the four employees Google fired over the holiday weekend for security breaches. The four, however, maintain it was for their activism.

The “legal stuff” pertaining to the Google debacle kept Berland busy at first, and then he did some traveling through Asia before COVID-19 swept the globe. With his job hunt still in progress, the out-of-work software engineer finds himself doing what perhaps comes most naturally: community service.

“I get frustrated. People always say, you know, there’s this problem — I wish there was something I can do,” he said, noting that was a common refrain at Google. “If you think that there’s nothing that you can do, you’re probably not looking.”

Berland didn’t have to look far for an opportunity to help with the Mission District’s massive testing effort. He was already volunteering with SF Community Support, a group that delivers meals to people in need during the crisis, when a UCSF data scientist wrote on its Slack channel, asking for help with the testing effort.

“I saw it and I immediately thought, this is exactly what we need,” he said.

So Berland joined other volunteers in going door-to-door, informing people of the free testing. Going from block to block, he saw the disparities first hand. “You go to one apartment and hear that there’s eleven people living there, and eight of them aren’t home to talk because they’re out working,” he said. And then there’s “a three-story house and it has two people living in it.”

Now, at one of the four sites where people are tested, Berland helps wherever he can. Sometimes it’s troubleshooting iPads used to register people, or organizing a group of volunteers, or driving a flatbed truck. “Sometimes it’s phone calls or sometimes it’s putting on an N-95 mask and standing in the sun in the park for four days,” he said.

Berland emphasized he’s not alone in his enthusiasm. There were, indeed, around 140 volunteers aiding in the testing effort.

“What I see every day when I come to this testing site is doctors, nurses, students, tech workers, construction workers, stay at home mothers, retired people,” he said. “Everybody’s coming out together and saying, ‘I want to help. How do I help?’” 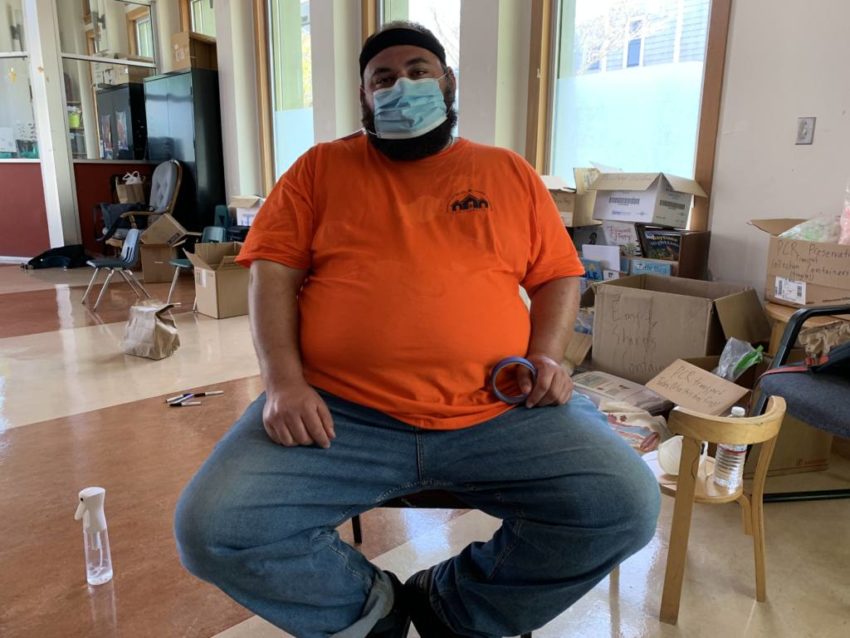