You are here: Home / Technology / Jewellers gold-plate the Apple Watch for a lot less than $22K – CBC.ca


Desire for the most expensive version of the Apple Watch has triggered a gold rush of sorts for enterprising jewellers.

In the roughly two months since Apple announced how much its smartwatches would cost, thousands of people have lamented (or made jokes about) how exorbitantly expensive the solid gold Watch Edition is.

The 18-karat yellow or rose gold Apple Watch, which starts at $13,000 in Canada, is undoubtedly beautiful — and coveted by those influenced by the likes of Karl Lagerfeld, Beyoncé and Drake.

It also costs more than some brand-new cars. 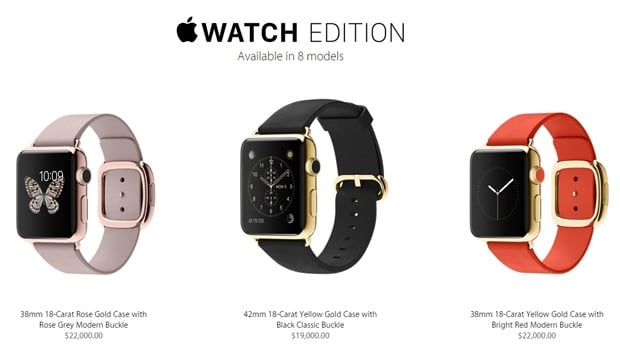 At $22,000, even the most expensive version of the watch available in Canada is likely affordable for the aforementioned celebrities (who were reportedly “gifted” the watches by Apple anyway.)

For the average person, however, the gold Apple Watch Edition comes with too hefty a price tag. Evidence of this can be found in figures released by consumer tracking firm Slice Intelligence after the first day of Apple Watch pre-orders in the U.S.

Slice found that of the almost one million Apple Watches ordered April 10, nearly 100 per cent were for the less-expensive aluminum Sport and stainless steel collections, The Edition series “didn’t represent enough U.S. pre-orders to show up” in the report, according to Quartz.

And yet, so much Apple Watch hype to date has centred on that glorious gold.

Fortunately for people who want a gold Apple Watch, but can’t stomach paying the equivalent of roughly three years’ worth of tuition at a Canadian university, there is now a cheaper way.

At least two companies have started promoting Apple Watch gold-plating services in recent weeks, one of them for as little as $399 U.S. 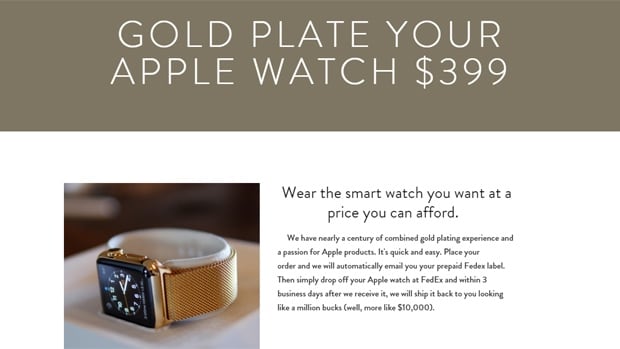 “Wear the smartwatch you want at a price you can afford,” reads Watchplate.com. “Place your order and we will automatically email you your prepaid FedEx label. Then simply drop off your Apple watch at FedEx and within three business days after we receive it, we will ship it back to you looking like a million bucks (well, more like $10,000.)”

The Los Angeles-based company, which lists itself as a subsidiary of Brick & Chrome, LLC, purports to process over three million units of plating per year for Fender Guitars and motorcycles.

Similarly, the Time Preserve in Waterford, Mich., offers 18-karat gold Apple Watch plating services starting at about $550 U.S. with a turnaround time of one week. 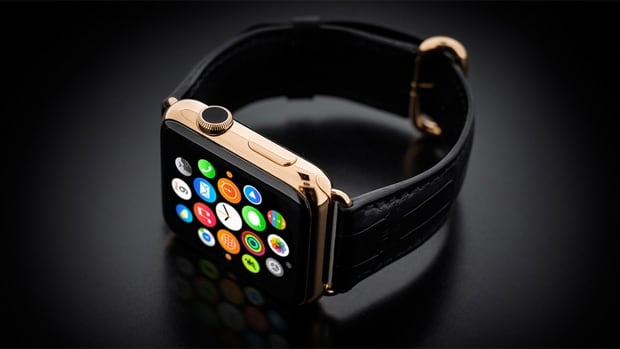 A more expensive option (yet potentially less nerve-racking, as you don’t need to send your precious Apple Watch away) is offered by a Swiss company called Golden Dreams.

The company also offers a wide range of customizations and more than 160 strap colours made from materials such as python, alligator, ostrich and shark.

Of course, Apple Watch owners can always achieve the look of a gold watch themselves for the price of a can of spray paint — though it might not hold up so well, as Sam Sheffer (who let artist Casey Neistat spray paint his Apple Watch just over a week ago) shows: