THE FLATS – Jordan Meka, a 6-9 forward from Mt. Bethel Christian Academy in Marietta, Ga., became the third member of Georgia Tech’s men’s basketball recruiting class when he signed a letter of intent with the Yellow Jackets Friday morning in a ceremony at his school.

A four-star prospect with a 7-foot-1 wingspan, ranked as high as No. 129 nationally and No. 26 at his position by 247Sports (power forward), Meka has enjoyed a record-breaking career at Mt. Bethel for head coach Cal Boyd, earning class A all-state honors last year by the Georgia High School Association and coming in second place in player of the year voting.

“We’re really excited to have Jordan join our program,” said Georgia Tech head coach Josh Pastner. “He’s a high-level student and athlete. We lose James Banks as a shot-blocker, and with Jordan’s timing and shot-blocking ability, hopefully we won’t miss a beat on the defensive end of the floor. He’s fantastic young man.”

Meka, originally from Cameroon, has earned all-state honors in Mt. Bethel’s classification every year since his freshman year, including player of the year honors as a sophomore. He led the Eagles to a pair of state Georgia Independent Christian Athletic Association (GICAA) titles in 2017 and 2018, and to the Class A semifinals last year as a junior. With his senior year still to play, Meka has set career school records for points (1,398, surpassing current Tech freshman Coleman Boyd), rebounds (655) and blocked shots (340).

Meka joins 7-1 center Saba Gigiberia of Napa, Calif., and 6-2 guard Tristan Maxwell of Huntersville, N.C., both of whom signed on Wednesday, in the Yellow Jackets’ 2020 recruiting class. Tech’s class is ranked the 39th-best in the nation according to 247Sports.

“There three young men that we’ve signed are all great additions to our program,” said Pastner, “and will help us continue to build and accomplish our goals and compete in the ACC.” 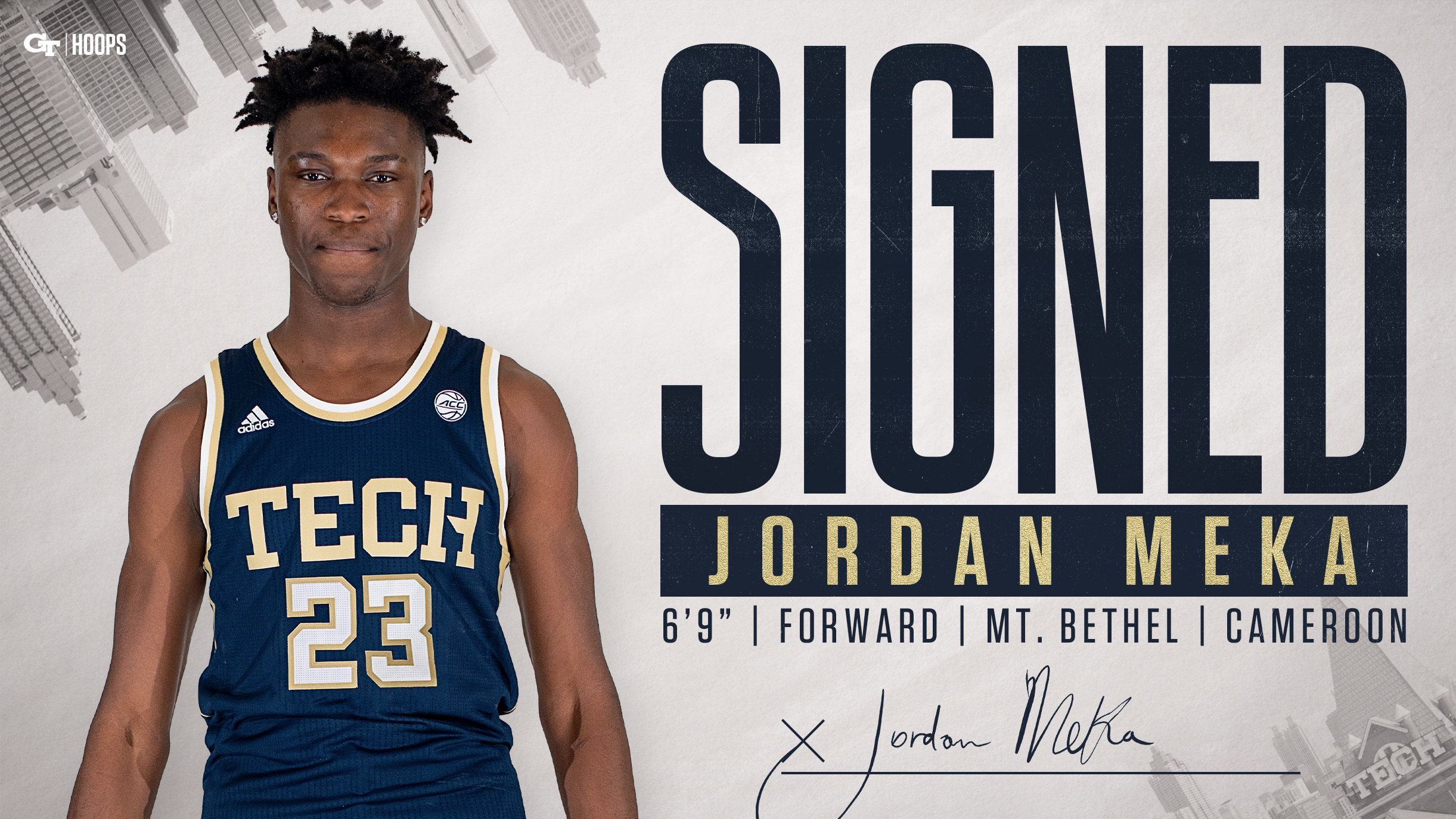 ** To watch ACC Network programming online via the ESPN app or WatchESPN.com, the viewer must subscribe to a cable/satellite/digital provider that carries the ACC Network.

Georgia Tech’s men’s basketball team is in its fourth year under head coach Josh Pastner. Tech has been a member of the Atlantic Coast Conference since 1979, won three ACC Championships (1985, 1990, 1993), played in the NCAA Tournament 16 times and played in two Final Fours (1990, 2004). Connect with Georgia Tech Men’s Basketball on social media by liking their Facebook Page, or following on Twitter (@GTMBB) and Instagram. For more information on Tech basketball, visit Ramblinwreck.com.

Season tickets for men’s basketball can be purchased here.