THE FLATS – Georgia Tech guard Kyle Sturdivant, a 6-3 guard who transferred to Tech from Southern California, has received NCAA approval waiving his required year of residency and will be eligible immediately to compete for the Yellow Jackets, head coach Josh Pastner announced Monday. Sturdivant has three seasons of eligibility remaining.

Sturdivant, a product of the powerhouse Norcross (Ga.) High School program, enrolled for the summer term at Tech after playing his freshman year at Southern California, where he averaged 8.3 minutes over 21 games. Considered a tough playmaker and a solid scorer, he finished the season averaging 2.0 points and 1.1 rebounds while hitting 34.8 percent of his shots from the floor, while recording 25 assists over 22 turnovers. He scored a season-high 11 points vs. Marquette on Nov. 29, and played season-high 18 minutes vs. Florida Gulf Coast on Dec. 29. Sturdivant did not play after Feb. 8 following the death of his father.

“We’re excited to have Kyle in our program and thankful that the NCAA has allowed him the opportunity to play immediately,” said Pastner, in his fifth season on The Flats. “We’re thankful for the time and effort put into this process by our compliance staff. Kyle is a solid, tough, hard-nosed guard with really good speed. He helps us continue to get old and stay old since we have the chance to lose some perimeter players after next season, and he’s been around high-level basketball since high school.” 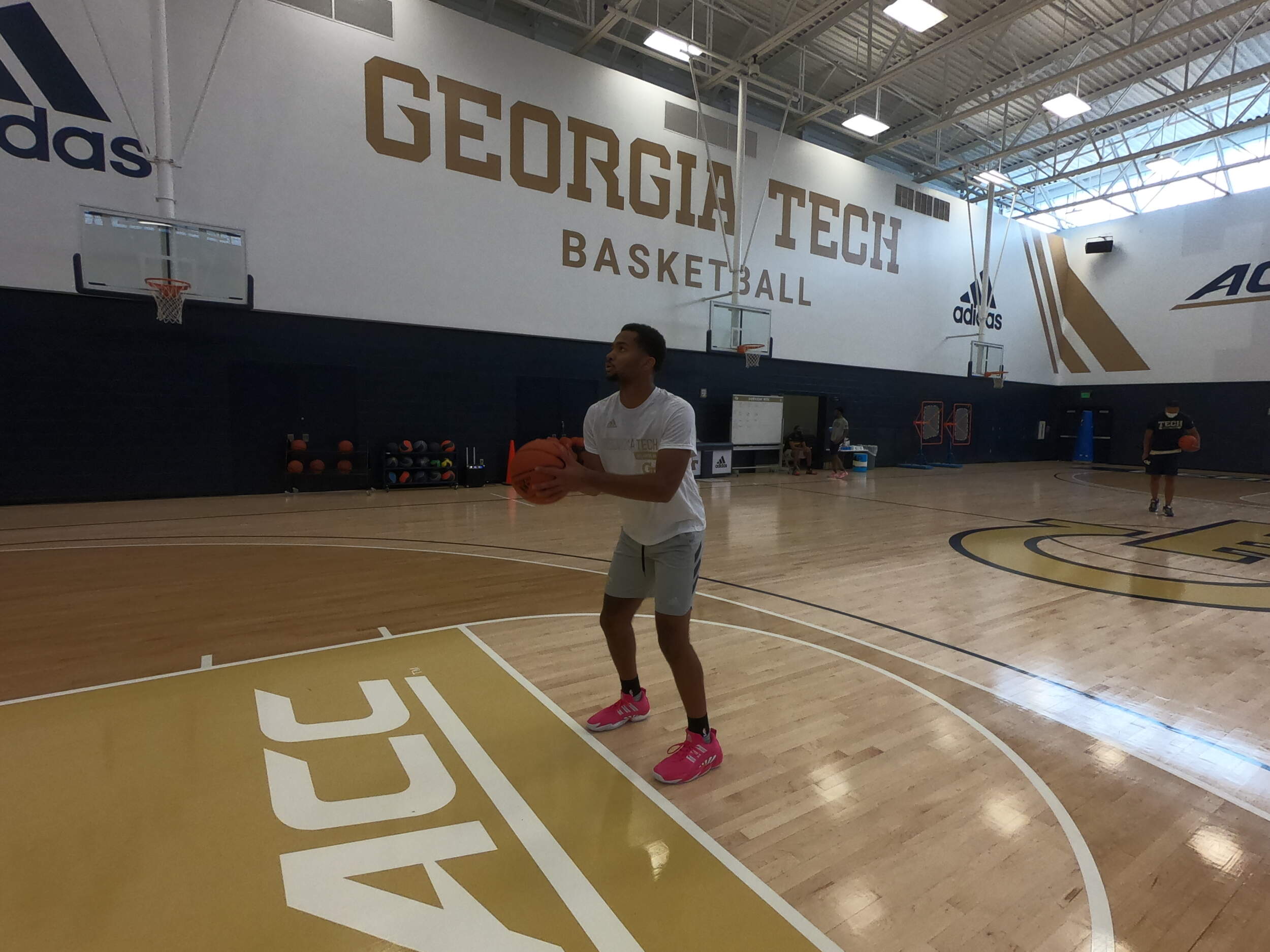 Ranked the No. 6 player in the state of Georgia and the No. 12-ranked point guard in the country by 247Sports, No. 93 overall in the country by Rivals.com, Sturdivant is the first Norcross High School alumnus to enroll at Tech since Gani Lawal (2007-10). He helped Norcross reach the state 7A final four in the state championship tournament three years in a row, including runner-up finishes in his sophomore and junior years. Sturdivant made the all-state second team in class 7A as a senior, scoring 21 points against Roswell to propel Norcross to the state final four. As a junior, he was named 7A Georgia Player of the Year as a junior, helped Norcross to the state’s No. 1 ranking and made the game-winning shot to lift the Blue Devils to victory in the 7A region title game.

Georgia Tech’s men’s basketball team is beginning its fifth year under head coach Josh Pastner, having finished fifth in the ACC in 2019-20, the program’s highest finish since 2005. Tech has been a member of the Atlantic Coast Conference since 1979, won three ACC Championships (1985, 1990, 1993), played in the NCAA Tournament 16 times and played in two Final Fours (1990, 2004). Connect with Georgia Tech Men’s Basketball on social media by liking their Facebook Page, or following on Twitter (@GTMBB) and Instagram. For more information on Tech basketball, visit Ramblinwreck.com.