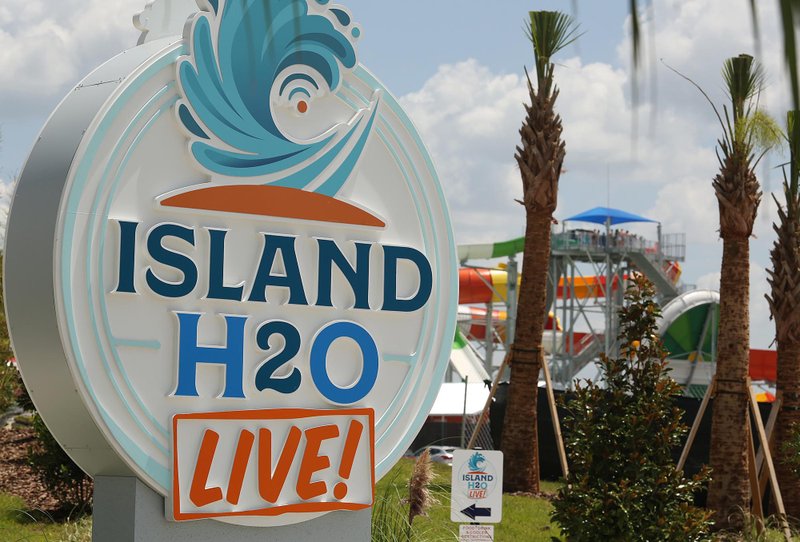 The new water park at the sprawling Margaritaville Resort Orlando development in Kissimmee wants its technology to make a big splash in the pools and online with its built-in social-media access.

Island H2O Live, about half the size of typical Orlando water parks, is designed to appeal to a young, digital-savvy customer. It opened June 21.

“Water rides is one thing of it, but we’re really tapping in heavily to what the younger folks of today are looking for,” said Art Falcone, co-founder and managing principal of Encore Capital Management, Margaritaville Orlando’s developer. “We were taking the ideas from what gamers do and putting them into rides.”

RFID technology inside wristbands helps customize select experiences. Visitors can choose the music that plays while floating through a tube ride.

Checking in atop some slides earns discounts on food, beverage and retail items; the more a person rides, the greater the reward. Adults can track their children or wayward friends via the wristbands. Photographs and videos — set up for social-media sharing — are taken automatically at key locations.

Wristband technology has been embedded in the industry for a while. Universal Orlando’s Volcano Bay water park, which opened in 2017, uses plastic bracelets called Tapu Tapu to secure ride reservations and open lockers.

Walt Disney World’s MagicBands, introduced in 2013, are used for admission to attractions, as FastPass tickets, at photo ops, as hotel-room keys and other uses.

“While RFID technology and wristband integration has been around for a number of years, I think parks like Island H2O Live are finding new ways to connect that back to that kind of social-connectivity concept,” said Aleatha Ezra, director of park member development of the World Waterpark Association, based in Overland Park, Kan.

“Social-network connectivity is something that has maybe been in the minds of operators for a number of years, but now, technology’s caught up in a way,” Ezra said. “And when you start fresh with a whole new part ground up, you can make it much more integrated in the whole experience of the park.”

Falcone hopes to draw customers from the region’s tourism base as well as residents living in the Winter Garden area and nearby developments such as Horizons West.

“I know it will attract a lot of the locals because of the effective pricing,” Falcone said. “It offers something that our competitors do not [offer] at the same level of pricing and ease of getting in and out.”

A general-admission ticket to Island H2O Live is $49.99 ($42.99 for those under 48 inches tall). An annual pass is available for $89.99. Visit margaritavilleresortorlando.com.