You are here: Home / Technology / Medical robotics in China: the rise of technology in three charts – Nature.com

In 2006, China highlighted the importance of robotics in its 15-year plan for science and technology. In 2011, the central government fleshed out these ambitions in its 12th five-year plan, specifying that robots should be used to support society in a wide range of roles, from helping emergency services during natural disasters and firefighting, to performing complex surgery and aiding in medical rehabilitation. 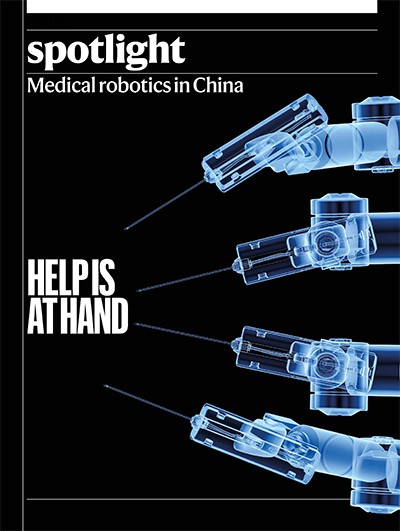 Yang points out that funding levels for medical robotics from the National Natural Science Foundation of China and the Ministry of Science and Technology began to increase more sharply in 2011 compared to the previous decade.

The accompanying rises in research output are closely related to the introduction of specialized robotics equipment in medical-research facilities, says Yao Li, a research scientist at Stanford Robotics Laboratory in California and founder of the company Borns Medical Robotics, based in both Chengdu, China, and Silicon Valley, California.

Between 1999 and 2019, the number of papers published by at least one Chinese author in the combined fields of biomedical engineering and robotics increased from 142 to 4,507, and spiked twice during that period (see ‘Published papers’), according to data from the Web of Science. One peak was in 2008, two years after a robotic system for minimally invasive operations called da Vinci was first deployed to hospitals in China. The second was in 2017, a year after the first Chinese-designed robot for minimally invasive spinal surgery was approved for sale.

In 2019, the number of da Vinci systems installed in Chinese hospitals that year leapt to 59, up from only 8 installations in 2018 (see ‘Spike in hospital robotics’). This surge followed a 2018 government push to encourage research on robotics technology and its clinical application, according to Jian-Kun Hu, director of the department of gastrointestinal surgery at West China Hospital in Chengdu. The central government’s plan included an intention to purchase 154 new surgical robot systems by the end of 2020, and a breakdown of how the systems would be allocated nationwide (see ‘Surgical robots across China’).