You are here: Home / Technology / Memo to tech companies: The Kincade Fire is not your marketing opportunity – San Francisco Chronicle

Welcome back to Tech Chronicle. If you like it when big companies have their feet held to the flames, make sure to subscribe for more insights.

Did you know social networks connect people? And travel websites provide them with places to flop? And that batteries store energy

In case you weren’t aware, Airbnb, Tesla and Facebook took pains to remind people fleeing the Kincade Fire and grappling with PG&E blackouts that technology is there to help.

Facebook touted fire-victim fundraisers and groups that were formed on its site to coordinate pet rescues, and Airbnb activated its Open Homes program, which allows hosts to provide rooms at no costs to people fleeing disaster. 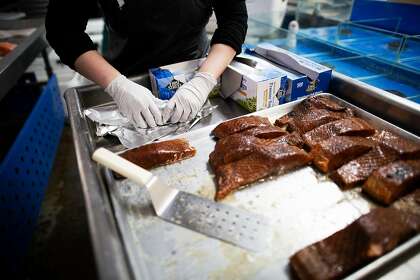 Somewhat creepily, Facebook is scooping up data from all the people huddling in the dark and using their waning battery life and intermittent cell service to update friends and family members on their status, and using it to tell local officials where people have evacuated and where they’re going. The data is anonymized, but it seems like an ill-timed moment to remind people just how much information Facebook possesses about us all.

Tesla CEO Elon Musk tweeted that anyone “directly affected by wildfire power outages” would get $1,000 off solar panels and the company’s Powerwall home battery. “We don’t make much money on this product, so $1,000 actually means a lot,” he added. Weep for Tesla shareholders and their lost profit margins!

Want to get the latest on Silicon Valley in your inbox? Subscribe to Tech Chronicle.

The companies are just trying to help, right? But I feel obligated to remind you why companies do these things. It’s to placate employees who are looking for a break from optimizing transaction volume, to burnish their public image, and sign up new users or reactivate old ones.

It’s all about #engagement, as the kids say on Twitter.

I’d prefer that more companies just straight-up donate money and employee volunteer time to worthy causes, without feeling the need to brag about it in the middle of a disaster.

Quote of the week

“Our funding is not a privatization of the law.” — Anthony Harrison, a Facebook spokesman, on the company’s unusual financial relationship with the Menlo Park police force revealed by Vice

Apple, Facebook and Lyft all report earnings Wednesday. The first two will provide a barometer of how Wall Street views Big Tech, which is still stacking up the dollars despite harsh criticism in Washington; the latter will remind us of the deflating gig economy, which faces new regulations on worker status.

Mallory Moench asks why cell phone companies promised that their networks would sail through a PG&E power outage — and then failed. (San Francisco Chronicle)

Mark Sullivan explores the birth of the internet. (Fast Company)

Tech Chronicle is a thrice-weekly newsletter from Owen Thomas, The Chronicle’s business editor, and the rest of the tech team. Follow along on Twitter: @techchronicle and Instagram: @techchronicle