You are here: Home / Technology / Microsoft HoloLens And The Danger Of Mismanaged Expectations – Fast Company

Rarely in its 40-year history has Microsoft had anything as fascinating to promote as HoloLens, its upcoming mixed-reality headset which can meld 3D digital imagery with the real world in a way that no shipping product has ever done.

Clearly, the company is having fun whetting the world’s appetite for the gizmo, which it’s only said will ship “in the Windows 10 timeframe.” Demos of it made up a sizable chunk of Wednesday’s Build developer conference keynote. Onstage, inventor 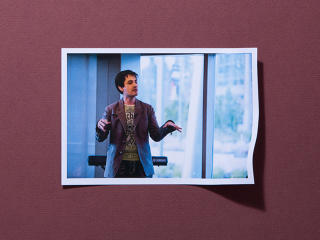 Alex Kipman said that Windows Holographic, the software which HoloLens runs, “amplifies what is human about each of us”—one of the loftiest claims I’ve ever heard made at a tech event.

On Thursday, when the company offered hands-on HoloLens demos to journalists at a hotel near the Build show, the level of intrigue and showmanship was stratospheric. The demo was great entertainment—but it also left me worried that Microsoft is over-hyping HoloLens. What I saw for myself on Thursday fell far short of what the company seemed to be showing off during the keynote.

The off-site HoloLens event had a name—”Holographic Academy”—which made me feel like I was a student of the future, not a mere tech blogger. The dozens of us who participated in the session I attended were required to stow all our electronic gadgets in lockers before being let anywhere near the HoloLenses we would try. We were offered HoloLens sweatshirts at the start of the event, and HoloLens posters at the end.

The demo itself was a 90-minute crash course on how to create HoloLens apps using the Unity game-programming platform. Every attendee got to work with a PC and a pre-production HoloLens unit, with one “mentor” assigned to every two participants. Though we didn’t do much more than twiddle some settings on a canned app, we were lavished with praise by the Microsoft employees who presided over the event.

Here’s the thing, though: When I slid the HoloLens over my skull and tried out the little test application which was the subject of the workshop, I was underwhelmed. Or maybe the more accurate way to put it is that I was confused.

The app overlaid reality with a geometric image of two little balls suspended over slides and a platform. By wiggling my index finger to do an “air tap,” I could knock the balls down the ramps, whereupon they’d roll onto the platform and fall off it. If there was a real-world obstacle in the way, like a coffee table, they’d smack into it. But I could only see the whole shebang if I stood far enough back and held my head in a very precise position. It also helped if I bent my knees a bit. If I moved my head even slightly, the image quickly got cut off at the top or bottom.

I reported all this to my mentor: he helped me adjust my headset and, eventually, swapped in another one just in case the first one was faulty.

But there was nothing wrong with the headset. HoloLens can’t overlay virtual reality on your entire field of view when you wear the headset. Instead, it paints an image on a small rectangle directly in front of your eyes. if virtual objects are elsewhere in the room, you can’t see them until you move your head to place them within the rectangle.

And if you’re looking at something which doesn’t sit entirely within the rectangle—as I was when I gazed at the balls, ramps, and platforms—part of it will be cut off. That may be part of why I was befuddled by the experience in a way I was not when I tried a previous HoloLens demo, using an earlier prototype, in January. If the contraption I was looking at was smaller, it would have easily fit; if it were larger, it would have been obvious that it was too expansive. But at the virtual “distance” from me where it happened to be sitting, I could just barely fit it into the rectangle if I tilted my head at the correct angle.

Other journalists I chatted with after the session reported similar experiences. Windows guru Paul Thurrott, who also attended, wrote about his impressions (and praised HoloLens’s three-dimensional sound, which is as nifty as he says).

Use It, Get Used to It

Now, a Microsoft staffer told me that once you start using HoloLens, you quickly acclimate yourself to the experience and forget about the limited field of view. I can believe that, in part because I stopped fixating on it by the time the 90-minute workshop was over.

But I still have trouble reconciling the reality of the pre-production HoloLens I tried with the simulated version which Microsoft has been showing off in onstage presentations and at its HoloLens website. Here are some images from the video Microsoft showed on screens during Wednesday’s Build keynote, which simulated the HoloLens experience by overlaying digital imagery on live action of someone using the headset onstage.

None of these convey the look-through-a-window experience of viewing mixed reality through a HoloLens headset. Instead, they suggest that you can view digital elements all around you, in any location at any size, without any obstacles.

Microsoft’s HoloLens site features images which suggest an even more immersive experience, such as this one.

Judging from my hands-on HoloLens experience, the Build keynote video and website images are like a TV commercial which shows a neat toy doing something which it can’t do.

To give you a hint of what I saw, here’s an image I whipped up in Photoshop, with the rectangle at full brightness and the area where you can’t see holograms dimmed out. (Don’t obsess over the exact size of the rectangle, which is my very rough approximation based my memory of what I saw).

Why am I bringing this up? Judged on its own terms, HoloLens is remarkable. When Microsoft says that “holograms mixed with your real world will unlock all-new ways to create, communicate, work, and play,” it doesn’t feel like empty puffery, at least as a long-term promise. But if people get too worked up over the company’s simulated demos and images, they might be disappointed by what HoloLens actually delivers. That wouldn’t help its cause.

Of course, everything Microsoft has conveyed so far about HoloLens amounts to an early sneak peek. The company hasn’t announced when the headset will go on sale. Or how much it will cost. Or whether it will target consumers at first or focus on the business-oriented use-case scenarios which the company has outlined, such as construction and education. And perhaps the effect which flummoxed me in the demo will be less of an issue with the final product, or with some future version.

Microsoft will presumably have the opportunity to do further demos of HoloLens before it shows up for sale anywhere. When it does, I hope the company makes utterly clear what you see when you strap it on. It would be far better to ratchet expectations down than to leave people thinking that HoloLens was going to be even more mind-blowing than it may well turn out to be.