Microsoft today released a new Windows 10 preview with Android phone screen mirroring. The update bumps Windows 10 from build 18353 (made available to testers on March 8) to build 18356. These builds are from the 19H1 branch, which represents the Windows 10 update that will arrive in the first half of this year (likely finalized for Windows Insiders this month and rolled out to the public in April).

The highlight of the previous update was Your Phone, which lets you access your phone’s content — like text messages, photos, and notifications — right on your Windows 10 PC. While not strictly tied to today’s release, it’s about to get better. That’s because Microsoft is finally letting testers try screen mirroring, which it showed off back in October. 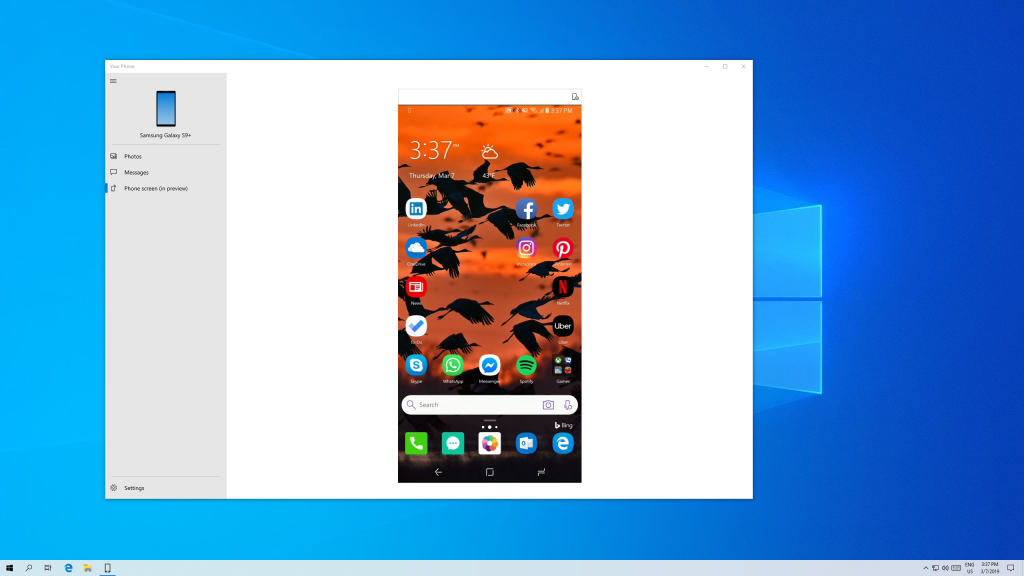 Called simply phone screen, the feature mirrors your Android display directly on your PC. You can thus access all your phone apps without having to even unlock your phone. To take advantage of a bigger screen, keyboard, and mouse, you’ll need Your Phone version 1.0.20701.0 or above and the latest 19H1 build. On the phone side, you’ll need Android version 7.0 or newer, but Microsoft is limiting compatibility to just four devices for now: Samsung’s Galaxy S8, Galaxy S8+, Galaxy S9, and Galaxy S9+.

This build has five known issues:

As always, don’t install this on your production machine.