Nokia is reportedly looking to rejoin the consumer cell phone market, but not in the way you might expect. There are reports that its Nokia Technologies division is developing a new phone design that the company will license.

Nokia, the handset giant that famously collapsed in the wake of the Apple iPhone and Google’s army of Androids, wants another shot at glory. The company’s Nokia Technologies division is reportedly preparing new phones that may see the light of day as soon as 2016.

Nokia’s return won’t be anything like the good old days, however, as it is banking on a new course to success.

Nokia was the world’s largest handset maker by volume for close to 10 years. Its Symbian operating system was the smartphone platform of choice for many outside the US, and its Series 40 feature phone platform was popular in markets where volume sales were needed.

The iPhone, introduced in 2007, changed the course of smartphone platforms and set the course for Nokia’s eventual demise. Android accelerated Nokia’s descent, and the company was forced to sell its handset business to Microsoft in 2013. 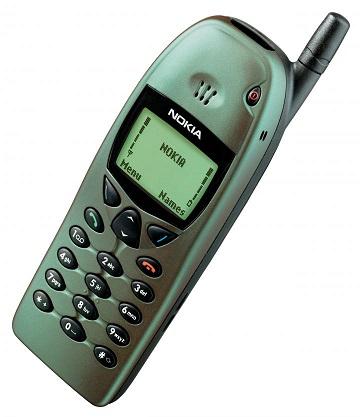 While Nokia may be down, the Finnish company is not out, and it’s planning a comeback of sorts, according to a report in Re/Code. The company plans to re-enter the phone market in early 2016 thanks to projects under development in the Nokia Technologies lab. This is the same business unit that conjured up the N1 tablet last year.

Nokia Technologies is the smallest of Nokia’s three business units, which also include its networking and HERE Maps businesses.

Nokia is not allowed to sell smartphones until January 2016 per its sales agreement with Microsoft. Further, it’s not allowed to license out the Nokia brand for handsets until the third quarter of 2016. It appears as though the company may hit the ground running as soon as that agreement expires.

The Tech lab is developing new handsets, but Nokia won’t make them.

That ship has sailed.

Nokia sold its manufacturing facilities to Microsoft and no longer has the capacity to produce such things. Instead, the company will design devices that it will then license to other companies for the purposes of building and marketing them. Using this tactic will shield Nokia from some of the costs and risks involved with manufacturing its own hardware.

To start, the Nokia Technologies lab has created things before that never made it to market. Moreover, it’s unclear just how committed Nokia’s leadership is to this course — especially when it comes to the finances involved. In what is proving to be a busy month for the company, Nokia just announced plans to purchase Alcatel-Lucent for $16.6 billion. The company may sell off the HERE Maps business to help fund the Alcatel-Lucent acquisition. Nokia is no doubt heading for an upheaval in its operations as it looks to absorb some 40,000 employees and gain facilities in France and the US.

Nokia didn’t comment on Re/Code’s report and many questions remain.

In the meantime, Microsoft is forging ahead with its Lumia line of smartphones. At this year’s Mobile World Congress in Spain, the software giant unveiled two new devices, the Lumia 640 and the Lumia 640 XL. In addition, Microsoft is expanding its Windows 10 for Phones software with a preview of its Office Universal apps suite.

Attend Interop Las Vegas, the leading independent technology conference and expo series designed to inspire, inform, and connect the world’s IT community. In 2015, look for all new programs, networking opportunities, and classes that will help you set your organization’s IT action plan. It happens April 27 to May 1. Register with Discount Code MPOIWK for $200 off Total Access & Conference Passes.