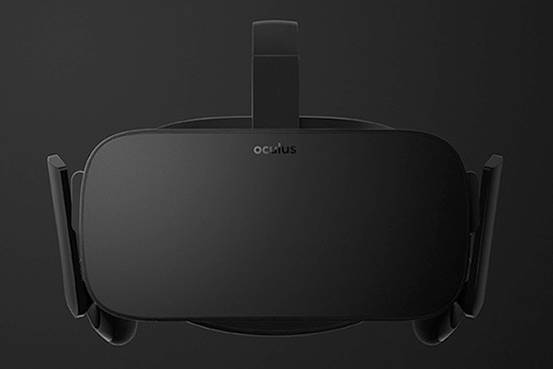 One of the biggest names in virtual reality-Facebook’s Oculus Rift headset-won’t hit store shelves until after the holiday season.

Oculus VR said Wednesday the debut consumer version of its headset will ship in the first quarter of 2016, with preorders beginning later this year. The company’s blog post included two teaser images of the dark goggles, set against a dark background for maximum mysterious effect. What it didn’t include: a price tag.

The launch is a long time coming: The Rift made its debut nearly three years ago in the form of a $300 developer kit offered through a Kickstarter crowd-funding campaign. Oculus VR was bought by Facebook last year for $2 billion.

There are plenty of questions swirling around virtual-reality headsets, which let people to gaze around realistic, 3-D worlds. People want to know if the goggles will make them sick, how advanced the displays will be, or whether they will be affordable for the average consumer.

The hardest question to answer, though, has been when they will actually ship. In an interview in early 2014, Oculus founder Palmer Luckey told USA Today that if the Rift wasn’t released by the end of 2015, “then something’s gone wrong.”

When the Rift comes out in 2016, it likely will enter a crowded field. Sony’s Project Morpheus also is expected to have an early 2016 release, and other rivals could ship sooner. At the Mobile World Congress show earlier this year, HTC and Valve surprised people not only by saying it was going to sell a headset called Vive, but also by penciling in a holiday release. Samsung has said its Gear VR, which also uses Oculus tech, will be available before the end of the year.

Initially, videogames are expected to be the most common way to reach potential consumers. After a failed attempted at going mainstream in the early 1990s, developers revisited the technology earlier this decade. In recent years they’ve minimised a chief complaint-motion sickness-with higher-end displays that offer smoother, less-jarring imagery.