SPRINGFIELD, Mass. – Georgia Tech women’s basketball senior Francesca Pan was one of 20 candidates selected to the 2020 Cheryl Miller Award watch list as announced by the Naismith Memorial Basketball Hall of Fame and the Women’s Basketball Coaches Association on Wednesday. Named after the three-time Naismith Player of the Year and the Class of 1995 Hall of Famer, the annual award in its third year recognizes the top small forwards in women’s NCAA Division I college basketball.

The team’s leading returning scorer from last season, Pan appeared in 27 games as a junior and averaged 12.0 points per game. The Bassano del Grappa, Italy native scored in double-figures 17 times, including three 20-plus point outings. She tied her career-high in scoring with 26 points against Virginia Tech on Feb. 27.

The ACC is represented on the 2020 watch list by two candidates, Pan and Notre Dame’s Sam Brunelle. This is the second-straight year Pan has been named to the Cheryl Miller Award watch list. 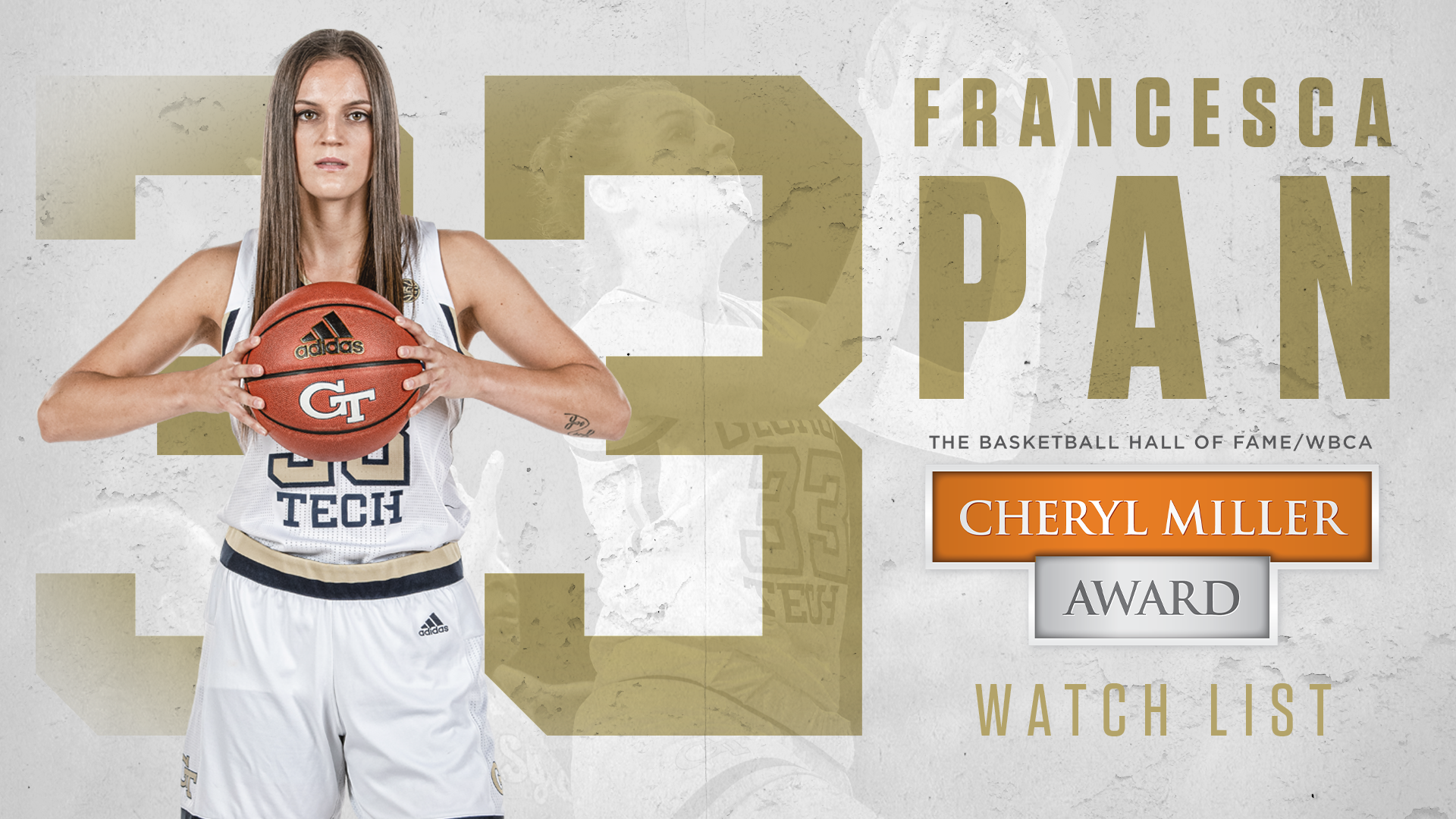 The Selection Committee for the Cheryl Miller Award is composed of top women’s college basketball personnel including media members, head coaches, sports information directors and Hall of Famers. New to the award this season is Fan Voting presented by Dell Technologies in each of the three rounds. Starting Oct. 25, fans will have the opportunity to vote for their favorite players in each of the three rounds.

By mid-February, the watch list of 20 players for the 2020 Cheryl Miller Award will be narrowed to just 10. In March, five finalists will be presented to Ms. Miller and the Hall of Fame’s selection committee.

The winner of the 2020 Cheryl Miller Small Forward Award will be presented at The College Basketball Awards presented by Wendy’s in Los Angeles, Calif., on Friday, April 10, 2020.

ACC Network has launched!
The ACC Network is a linear and digital platform dedicated to 24/7 coverage of ACC sports that launched on Aug. 22, 2019. It will exclusively televise approximately 450 live events each year, including 40 football games, as well as 150 men’s and women’s basketball contests.