THE FLATS – Georgia Tech forward Rodney Howard, a 6-11 post player who transferred to Tech from Georgia, has received NCAA approval waiving his required year of residency and will be eligible immediately to compete for the Yellow Jackets, head coach Josh Pastner announced Wednesday. Howard has three seasons of eligibility remaining.

Howard, who attended Centennial High School in Alpharetta, Ga., his sophomore and junior years before completing his high school career at Legacy Charter School in Greenville, S.C., enrolled at Tech this summer after spending his freshman season at Georgia. There, the 245-pound pivotman saw action in 24 games, starting two, and played an average of 7.3 minutes per game while averaging 1.3 points and 1.5 rebounds per game.

“Again, we’re grateful that the NCAA has allowed Rodney to play right away, and thankful to our compliance staff for their time and effort in the process,” said Pastner. “Rodney gives our frontcourt a big boost. His best basketball is ahead of him, and in time, he’ll be a really good player. He’s a physical guy, a straight 5-man. He runs the floor hard, he’s a good screener, and he’s not afraid of physical contact in the post.” 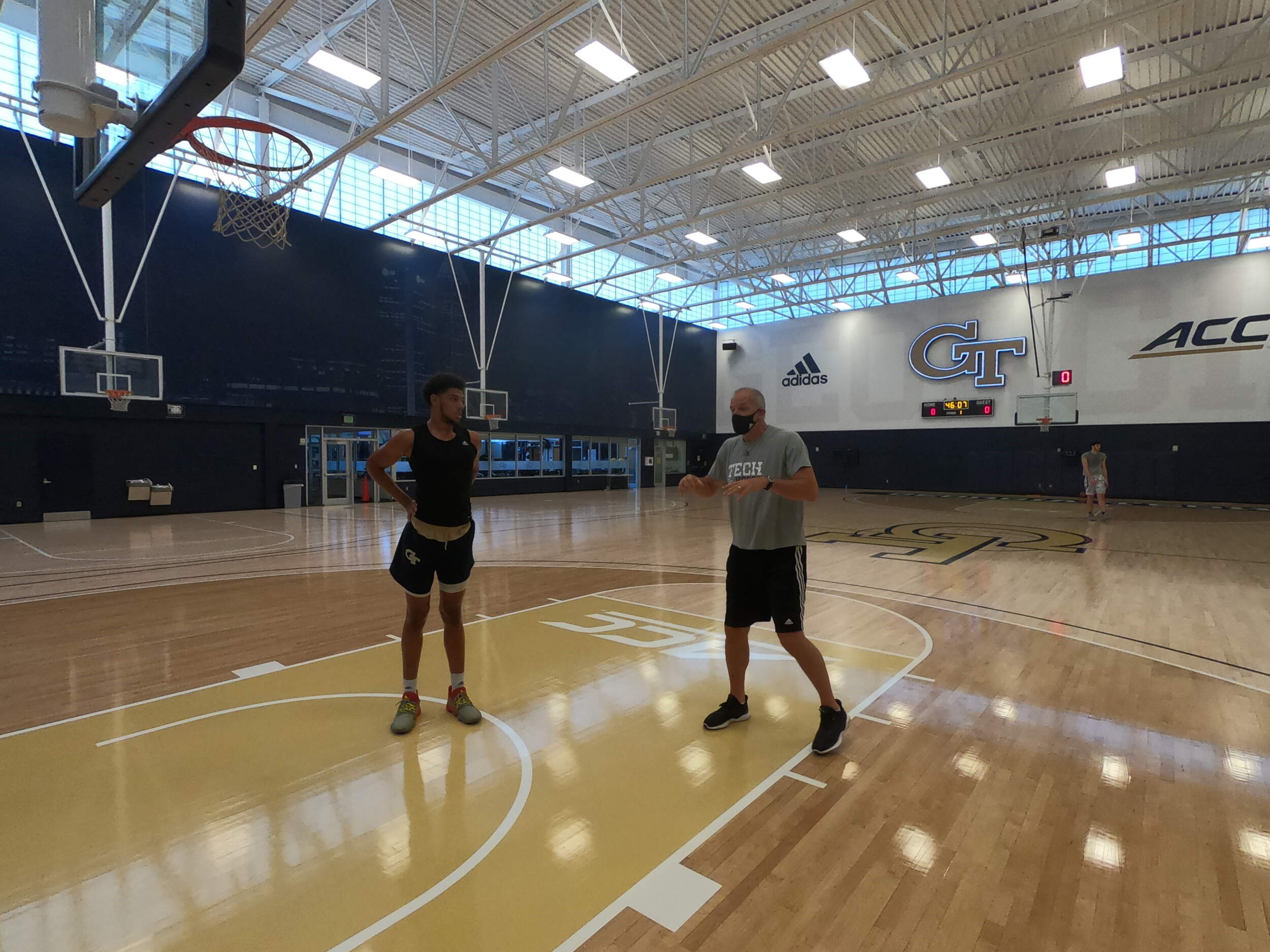 A native of Ypsilanti, Mich., the former three-star prospect began playing basketball as a sophomore at Centennial and quickly rose in the recruiting rankings, topping out at No. 106 nationally, No. 36 among centers) in the summer of 2018, just before his senior year. As a senior at Legacy, Howard averaged 10.2 points, 7.4 rebounds and 1.4 blocks per game and helped lead the Lions to a 34-5 record and the USA National Prep School National Championship. In three outings at the National Prep tournament, averaged 10.7 points, 9.0 rebounds and 1.7 blocks while shooting 61.5 percent from the floor. As a junior at Centennial, he averaged 11.7 points, 9.1 rebounds and 1.3 blocks per game for the Knights, earning all-region honors.

Georgia Tech’s men’s basketball team is beginning its fifth year under head coach Josh Pastner, having finished fifth in the ACC in 2019-20, the program’s highest finish since 2005. Tech has been a member of the Atlantic Coast Conference since 1979, won three ACC Championships (1985, 1990, 1993), played in the NCAA Tournament 16 times and played in two Final Fours (1990, 2004). Connect with Georgia Tech Men’s Basketball on social media by liking their Facebook Page, or following on Twitter (@GTMBB) and Instagram. For more information on Tech basketball, visit Ramblinwreck.com.