During his first year on the Farm, Sasankh Munukutla, ’22, discovered that Stanford was a place where he could combine the two passions he had explored separately in high school – technology and social service – both in a student voluntary group and in the classroom. 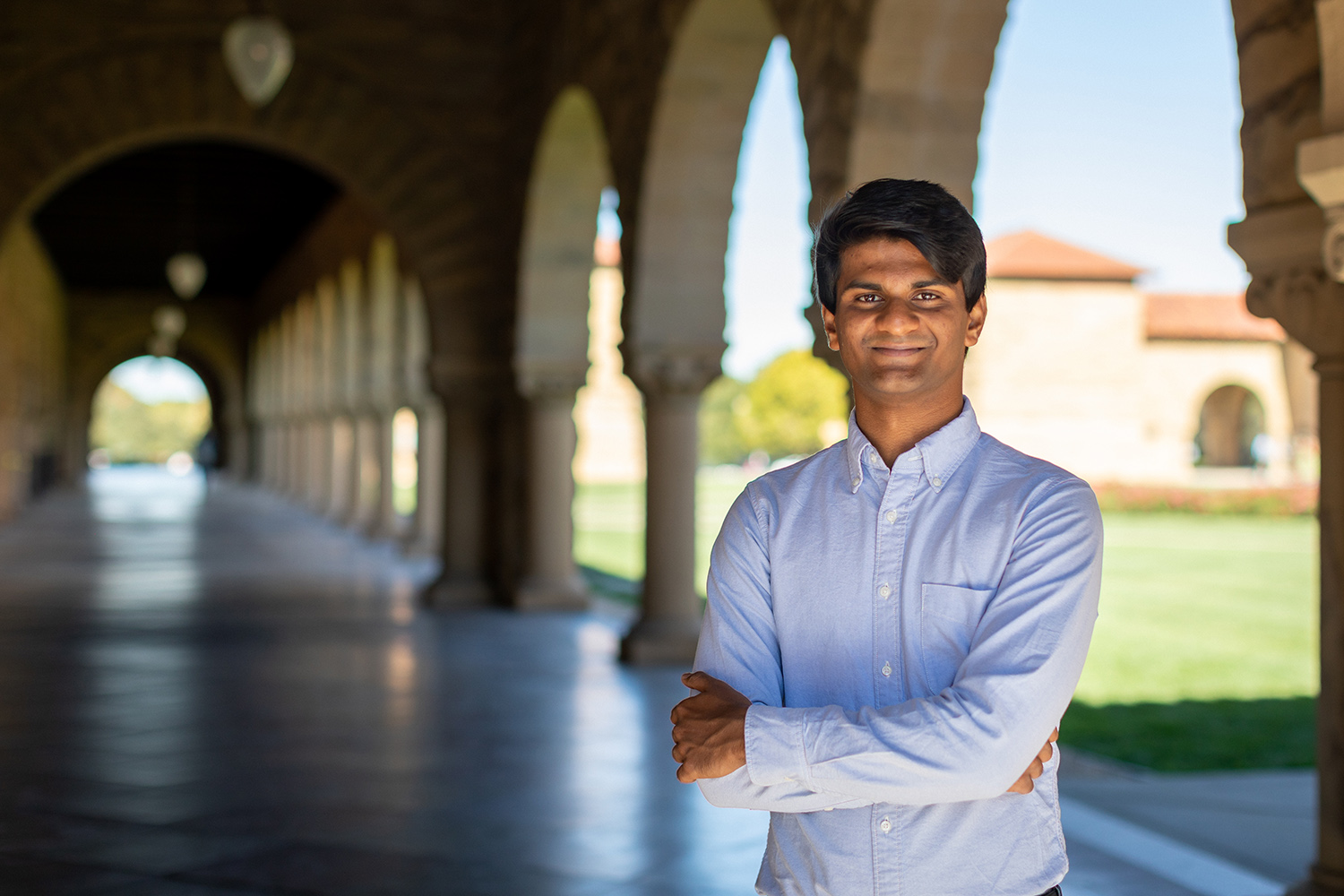 He joined CS+Social Good – a student-led organization he discovered during the Fall Activities Fair – and now serves as vice president of the group. During winter and spring quarter he enrolled in CS+Social Good Studio, a course in which teams of students design and implement a tech solution to a social challenge in the surrounding area.

Munukutla, who is from Singapore, decided he wanted to spend the summer pursuing more hands-on social service projects.

It was a decision that led him to the Cardinal Quarter program, which offers full-time, quarter-long service experiences hosted by more than 35 organizations across campus.

By mid-June, Munukutla was working as a software engineer intern at Tarjimly, a nonprofit organization in nearby Mountain View, under a CS+Social Good Summer Fellowship, which  supports students working for organizations that use technology to address social issues.

He was one of about 500 students who participated over the summer in Cardinal Quarter, which offers internships across the United States and around the world.  In Munukutla’s case, it was an internship a mere 20-minute bicycle ride from his campus home in Mirrielees House, a student apartment building on the east side of campus.

Munukutla spent the summer working on the nonprofit’s free mobile app that allows people who know multiple languages to volunteer their skills as translators and interpreters to refugees and humanitarian aid workers around the world.

The app connects the translator and beneficiary – a refugee, an asylum seeker, an immigrant or an aid worker – in a live chat session where they can send text, voice notes, or documents, or even get on a live two-way phone call.

Munukutla was inspired by the two-year-old nonprofit’s mission: to improve the lives of refugees and the efficiency of humanitarian services by eliminating language barriers.

“I thought working at Tarjimly would be a great way to develop technically as well as work in a social service space, and to learn firsthand from its two founders, who are doing what I want to do in the long run – using technology for social good,” he said.

While his primary focus was technical, Munukutla also participated in conversations with aid workers who were using the app in the field to better understand how technology was being used.

Helping to improve the app

When the Tarjimly team asked a doctor who had worked in a refugee camp in Greece how it could improve the app, the doctor said it would be nice to be able to add a third person to a live phone call. At that time, the app could connect only two callers.

“We wanted it to seem like a regular phone call – but still give people the ability to easily add people to the call,” he said. “We didn’t want to use the traditional conference call approach, because that would require people to dial in themselves.”

Now, to add people to the call, users click an icon, type a phone number and click on another icon to add that person to the call. The app can now handle up to 250 callers.

“It was hard to get from two to three callers, but I found a novel way to do it,” Munukutla said. “After that, it was easy to scale it up.”

He described his solution in a blog post, Implementing Multi-Party Calls with VoIP and GSM using the Programmable Voice API, which can be found here.

During the internship, Munukutla took advantage of the opportunity to quiz co-founder Aziz Alghunaim, the nonprofit’s chief technology officer, about the challenges of running a nonprofit, ranging from keeping employees motivated to securing funding from investors.

He was also on hand when a filmmaking team from the new educational program, Crash Test World, visited Tarjimly and interviewed the team for a future online episode.

“It was cool to show these people, who didn’t have much of a background on the refugee crisis or with technology, how the app works and how it helps people, and to share our passion with them,” Munukutla said. “It was another aspect of the internship that made it a very fulfilling experience for me.”

Back on the Farm

Three weeks after the internship ended, Munukutla began his sophomore year at Stanford. This quarter he is taking courses in computer science and mechanical engineering, as well as an Introductory Seminar in chemical engineering, “Dare to Care: Compassionate Design.” The seminar asks students: How do designers empower people of diverse physical abilities and provide them with means of self-expression?

“Over the summer, I learned the importance of considering a diverse set of viewpoints, seeing first-hand the experience of refugees struggling with language barriers,” Munukutla said. “This inspired me to take the design class so I could learn design through the vantage point of a differently abled person, a perspective that rarely crosses our mind and will push me to be more inclusive in my own design process.”