He might be best known to Georgia Tech fans as the chief recruiter for legendary football coach Bobby Dodd during the last years of his coaching career. But in between a stellar multi-sport high school career growing up in Valdosta and his eight-year stint on the football staff at Tech, William “Dynamite” Goodloe was acclaimed as one of the best and most colorful amateur golfers in the United States from the late 1940s through the middle 1950s.

Widely acclaimed and followed in England, Scotland and the United States as a result of his fine golf game, Goodloe also charmed legions of fans with his charismatic personality, his ample, low‐slung physique and quaint South Georgia sorghum drawl (he once addressed the Prince of Wales as “Mr. Prince.”). This mixture made him a favorite of people from all walks of life.

Goodloe played in the 1951, 1952 and 1956 Masters, and was low amateur after three rounds in 1951 at Augusta National. He twice competed in the British Amateurs at St. Andrews (1950) and Troon, Scotland (1956), and advanced to the quarterfinals at St. Andrews. He qualified as an alternate on the 1951 Walker Cup team, played in four U.S. Amateurs and entered once as low regional qualifier in 1949. He twice won the Georgia Amateur Championship in 1954 and 1955.

He played with the likes of Ben Hogan, Sam Snead, Byron Nelson, Louise Suggs, Kathy Whitworth, Julius Boros and Al Geiberger in many charity events. He recorded 18 hole‐in‐ones during his career. The longtime member of Valdosta Country Club won the local Jack Oliver Invitational tournament nine times, set the course record of 62 in 1959 and shot 71 there on the day he died on April 19, 1982 at age 62. 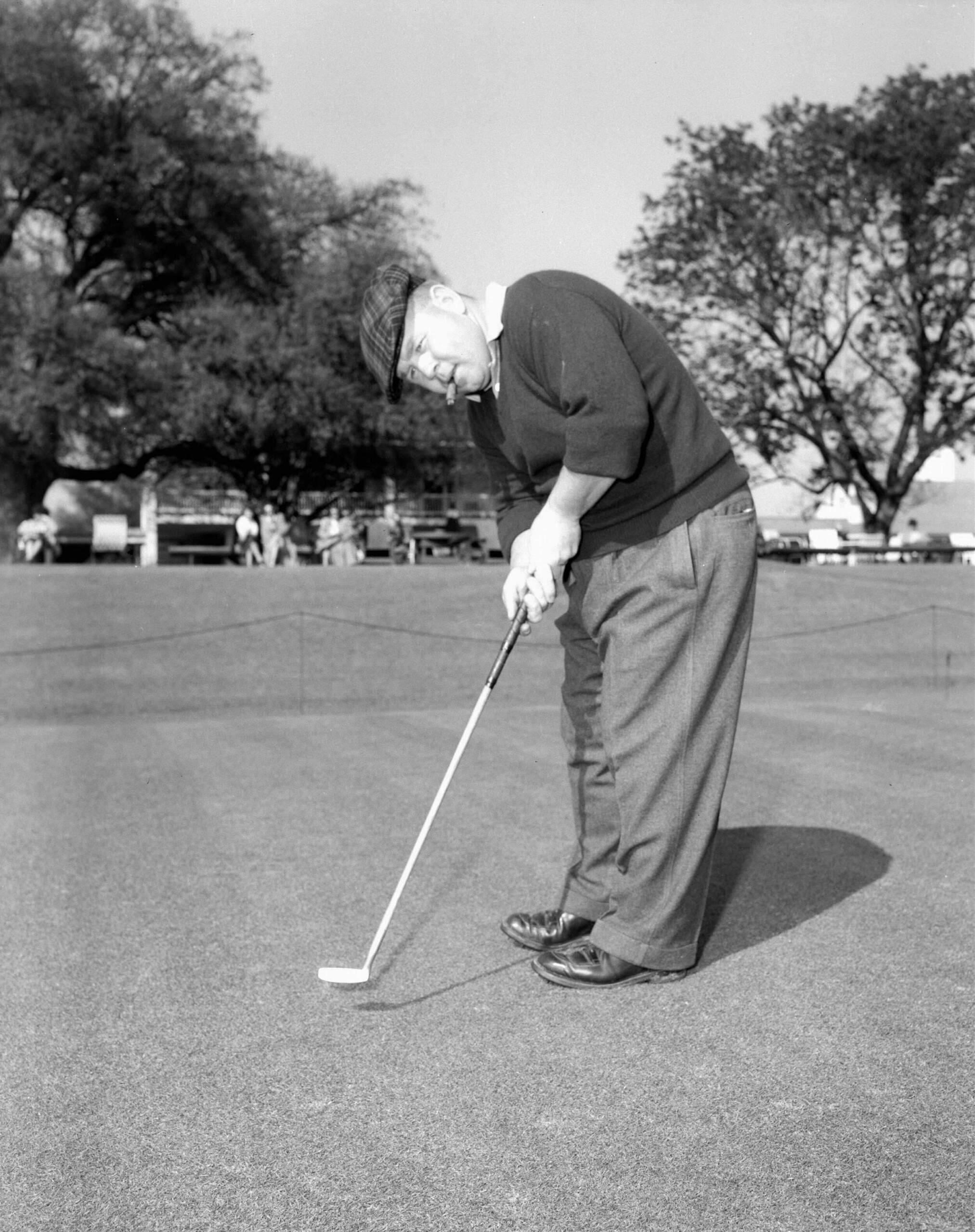 News accounts listed Goodloe at 5-foot-5 and 220 pounds. He was an uncle to another Tech great, Bunky Henry, and taught the 1967 NCAA runner-up how to play golf.

Born in Ocilla, Ga., on Nov. 10, 1919, Goodloe was a Valdosta sports legend, having played football and golf for Valdosta High from 1934-37. He went on to play both sports at Georgia Tech, and also was a member of the diving team.

He had success as a golfer at Tech in the early 1940s, and his outsized personality shone even then. Al Sharp, golf writer for the Atlanta Journal-Constitution, wrote prior to the 1941 Southern Intercollegiate Championship at Athens Country Club, “You can’t beat these collegiate golfers for statements … Dynamite Goodloe, of Tech, was at breakfast on qualifying day at 7:30 o’clock … Quoth Dynamite: ‘I got up two hours ago and I’ve played that course three times already while pacing my hotel room. Now all I got to do is play it two more times for keeps.’”

After the U.S. Amateur in 1948, John Bradberry of the Journal-Constitution wrote, “Reports from the National Amateur Golf Tournament in Memphis indicate that Mr. Bill (Dynamite) Goodloe, Jr., of Valdosta, Ga., was the most popular and colorful figure in the meet. They further suggest that the small crowds for the final two rounds might well be attributed to the fact that Mr. Goodloe was eliminated earlier, much to the disappointment of the fans who adopted the rotund Georgian as their favorite.”

Will Grimsley of the Journal-Constitution offered an even more colorful description of Goodloe’s popularity, writing “Everybody is just wild about ‘Diney,’ the roly-poly blond blaster from Valdosta, Ga. Dynamite, who in parlor circles answers to the name of William L. Goodloe, Jr., … sights his putts by the lighted end of a black, foul-smelling cigar.” 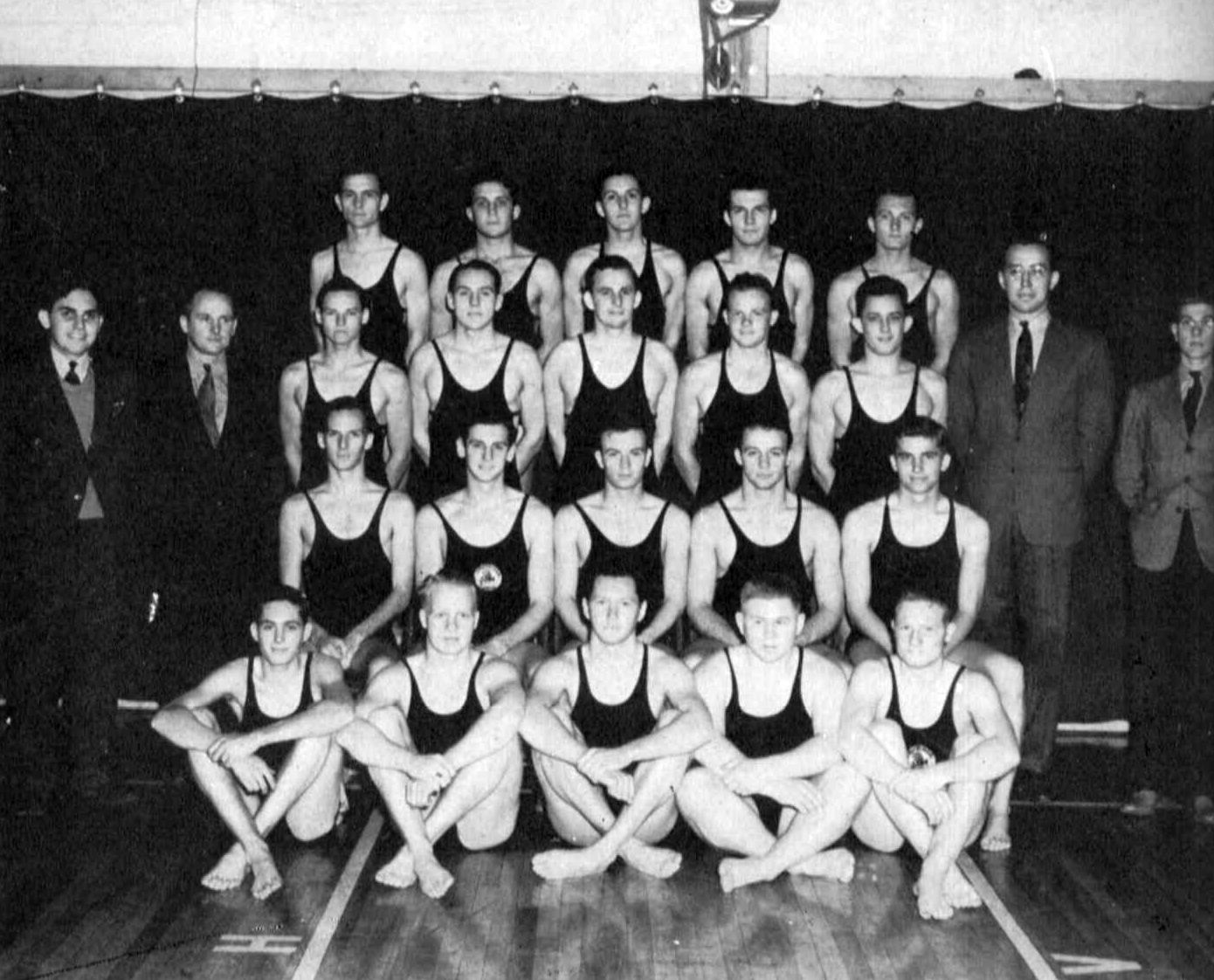 Goodloe, second from right in the first row, was a diver for the Yellow Jackets in addition to playing golf and football.

“All of this comes as no surprise to people who know Goodloe from his college days at Georgia Tech and from watching him in various golfing competitions around the State.“In fact, he’ll never be forgotten by anyone who has even caught a glimpse of him waddling down the fairway, grinning after a good shot, talking to himself and spectators after a poor one and biting down all the harder on his short cigar stub when competition is toughest.“Coupling this natural color with a real ability to play the game and a great personality and you have Dynamite and a thorough understanding of why fans always adopt him as their boy.”

“He played a bit of guard for Georgia Tech. He had one distinction. The enemy had a tougher time going over his side of the line when he was on his back than when he remained vertical.“But Dynamite’s forte is a robust golf game, a thick-molasses drawl and clothes so loud he has to get behind a tree when his opponent putts.”

Coach Dodd adopted him as his boy, too. Dodd made frequent recruiting trips to Valdosta in the 1950s, and he also liked to fish. Goodloe, who worked in insurance and helped run his uncle’s laundry business, was well-known by football coaches in the area. He got acquainted with Dodd and took him to a lake in Quitman which was known as a great location for fishing. Dodd believed Goodloe’s personality would make him a good recruiter and hired him in 1959. He stayed until Dodd retired, and served one more year under Bud Carson before leaving Tech.

Goodloe went back to Valdosta and worked for a local insurance agency, working primarily with clients in the agricultural industry, and continued to play golf, both for pleasure and for business.