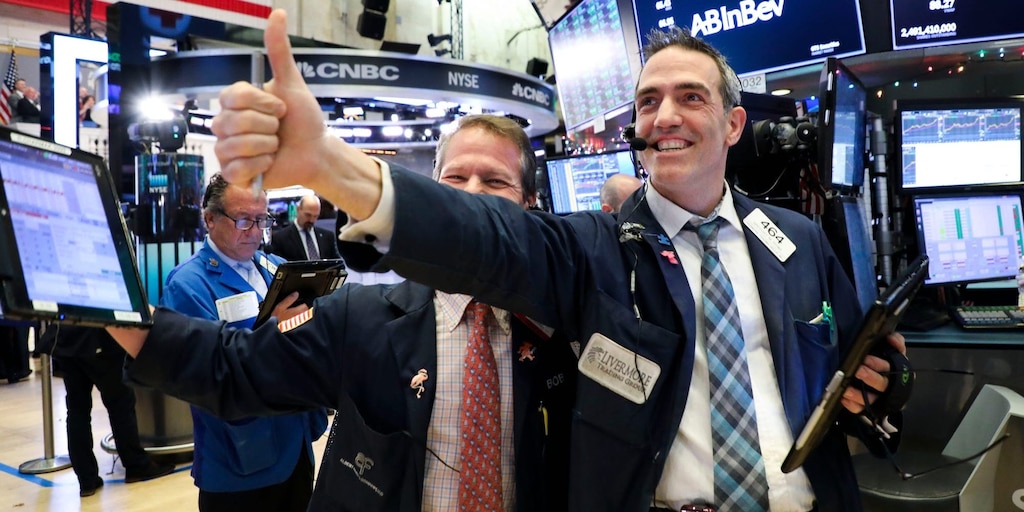 As technology stocks continue to lead the market higher amid the COVID-19 pandemic, some investors are beginning to question whether tech stocks are in a bubble akin to the dot-com era of 1997 to 2000.

But according to a survey conducted by DataTrek, a majority of investors (56%) said they think US large-cap tech stocks are not in a bubble. Additionally, 70% of respondents said they believe tech stocks are poised to return another 5% or more over the next 12 months.

A third of the survey respondents said they believe those future returns will be driven by fundamental strength in tech companies, as consumers around the globe rely more heavily on tech products amid the work-from-home trend due to the COVID-19 pandemic.

But 39% of respondents said that future gains in tech stocks are reliant on either easy-money Fed policies (low interest rates) or fiscal stimulus policies from Congress.

Read More: Fund manager Tom O’Halloran quadrupled investors’ money in 9 years by betting on super high-growth companies. He explains his approach, and why new technologies could make the next decade even more prosperous than the 2010s.

And if tech stocks are in a bubble akin to the dot-com era, investors surveyed by DataTrek think there would be more gains to come, with 61% saying that we’re likely in the middle of the bubble similar to the period from 1998 to 1999 rather than in an early stage (1997) or late stage (2000).

Which technology stocks are most overvalued? Respondents said they think that Facebook is the most overvalued tech stock (37%), followed by Amazon (33%). The results to this question are surprising given that Facebook trades at a forward price-earnings ratio of 29x versus Amazon trading at a forward price-earnings ratio of more than 100x, according to Colas.

Colas said the takeaway to the above question and responses is that many investors have concerns about the long-term durability of Facebook’s business.

On the flipside, when asked which technology stocks respondents feel comfortable owning for the next 10 years, the two top choices were Microsoft (36%) and Amazon (29%). Facebook finished last with just 2% of respondents feeling comfortable owning the social media company over the next decade. Tesla came in at 4%, Alphabet at 14%, and Apple at 15%.

The main takeaways from the survey, according to Colas, include that whether we’re in a bubble or not, a strong majority of respondents believe that US tech stocks are where you want to invest for the long term, adding that “Tech is simply the safest sector in highly uncertain times.”

“In the end, that is the best explanation for why Technology stocks writ large are not in a bubble,” said Colas.

Read More: Vanguard is emerging as a key force in a $3.8 trillion battle against PIMCO and BlackRock for bond investors’ cash. Meet 4 power players it brought on to help drive its push.