THE FLATS – Georgia Tech junior running back Jordan Mason (Gallatin, Tenn./Gallatin) is one of 90 candidates on the official watch list for the 2020 Maxwell Award, the Maxwell Football Club announced on Friday. In its 84th year, the Maxwell Award is presented annually to college football’s most outstanding player. 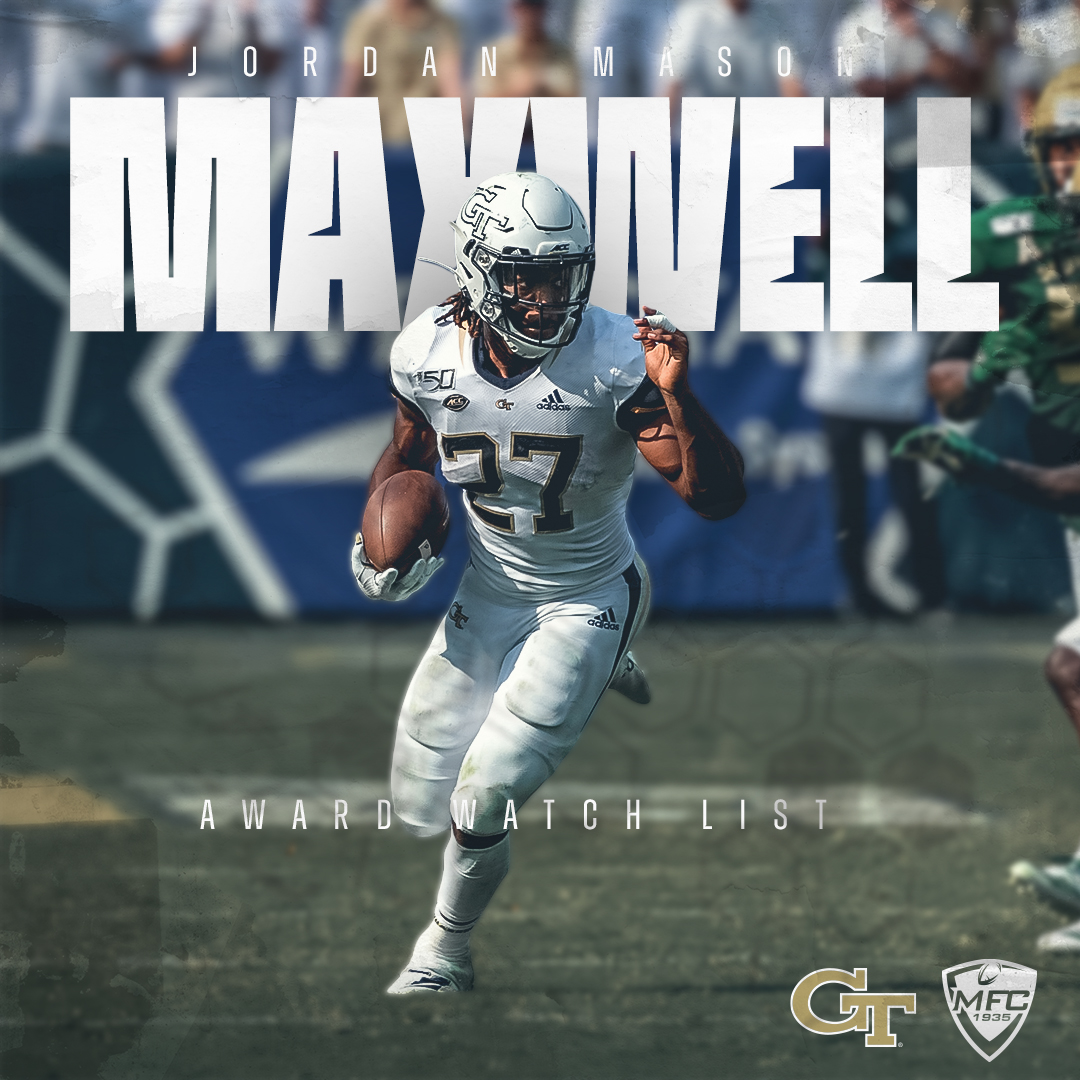 Mason earned third-team all-Atlantic Coast Conference honors after rushing for 899 yards and seven touchdowns as a sophomore last season. He ranked among the nation’s top 70 in rushing yards, rushing yards per game (74.9) and rushing yards per carry (5.23). He ran for 100 yards three times in 12 games, including 141 yards apiece in wins over Miami (Fla.) and NC State. He also had 99 rushing yards in a victory over South Florida.

In addition to being a candidate for the Maxwell Award, Mason is also on the official watch list for the 2020 Doak Walker Award (nation’s top running back) and has been named preseason all-ACC by Athlon, Lindy’s and Phil Steele this summer.

Semifinalists for the 2020 Maxwell Award will be announced on Nov. 3, followed by selection of three finalists on Nov 23. The winner will be announced during the ESPN Home Depot College Football Awards Show on Dec. 10 and the award will be formally presented at the Maxwell Football Club Awards Gala in Atlantic City, N.J. on March 21, 2020.

Mason and the Yellow Jackets are scheduled to open the 2020 season on Thursday, Sept. 3 with a primetime matchup versus defending national finalist Clemson at Bobby Dodd Stadium. 2020 Georgia Tech football season tickets are on sale now. The Yellow Jackets’ seven-game home schedule is one of the best in program history, featuring matchups at Bobby Dodd Stadium versus Clemson, Miami, Virginia and UCF, as well as the inaugural “Mayhem at MBS” showdown against Notre Dame at Mercedes-Benz Stadium on Nov. 14. Season tickets start at just $229 and include the Mayhem at MBS contest versus Notre Dame. For more information and to purchase tickets online, visit ramblinwreck.com/footballtickets.