You are here: Home / Technology / Techtober: Your guide to new releases from Amazon, GoPro, Facebook and more – USA TODAY
CLOSE

The new iPhones and Samsung Galaxy Fold phone are out now, but with October, many new tech products are in the pipeline, awaiting your dollars.

Roku kicks it off on Oct. 13, followed by GoPro, Facebook and a slew of new products from Amazon.

•Roku’s soundbar with built-in streaming player. If space is at a premium, you won’t have to connect a Roku device to the HDMI input on your TV. Just connect Roku’s $179.99 soundbar instead, and it will respond to the supplied remote control. Oct. 13.

•GoPro Hero 8, the latest iteration of the popular action camera, is out with a new re-design, eliminating the need for external cases to clamp onto cars, bikes and the like, and a promised “smoother” video capture. $399. Oct. 15 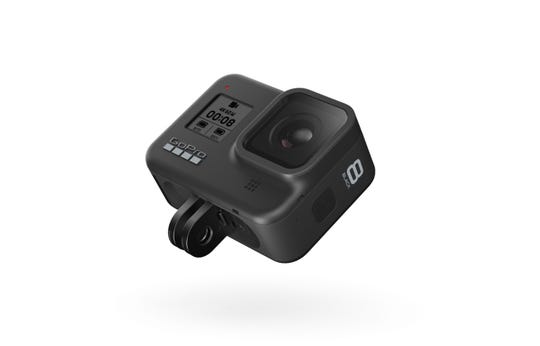 •Facebook Portal, the update on last year’s home video chatting device comes in a smaller body and lower prices, $129 for the 8-inch and $179 for the 10-inch version. Oct. 15.

Eyes on Amazon: What’s it’s like to use Amazon’s new Echo Frames and earbuds

•Amazon Dot with Clock and third-generation Echo. The round Dot, historically the entry-level Alexa and Amazon’s best-selling version, gets an update with a built-in clock while the traditional, larger Echo is being released with what Amazon says is improved sound and three new colors, Twilight Blue, Sandstone and Heather Gray, in addition to the standard charcoal. $59 and $99, Oct. 16.

•OnePlus 7T: If dropping $1,000 or more on a new iPhone is out of your budget, then you can consider this Chinese phone. The latest edition has three camera lenses, like the iPhone 11 Pro, but at a whopping 48-megapixel resolution. $599, Oct.18.

•GoPro Max: A new line of cameras from the action maker merges a traditional GoPro Hero with a 360-degree point of view as well. $499, Oct. 24. 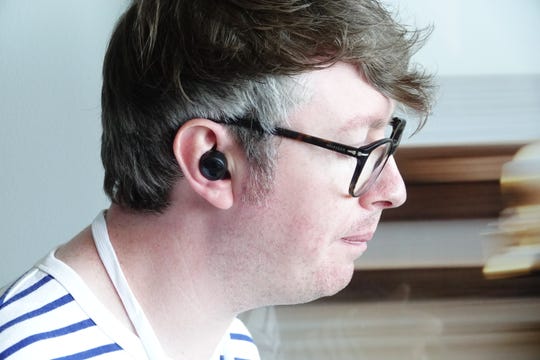 •Amazon Echo Buds, The rival to Apple’s AirPods work with Alexa to offer Bluetooth music and voice commands, at a lower price than Apple’s $159, at $129, Oct. 30.

•Portal TV. Facebook is bringing its video chat device to the television, for group chats on the big living room screen. $149, Nov. 5.

•Echo Studio, Amazon’s attempt to bring high-quality sound to the Echo line, with quality that rivals Sonos and Bose, $199, Nov. 7.

•Echo Flex, what will be Amazon’s smallest and most affordable Echo, at 2.8-by-2.6-by-2.0 inches, and $24.99. Designed to be plugged into small places, it also has a USB port to charge items and can connect to an optional night light, Nov. 14. 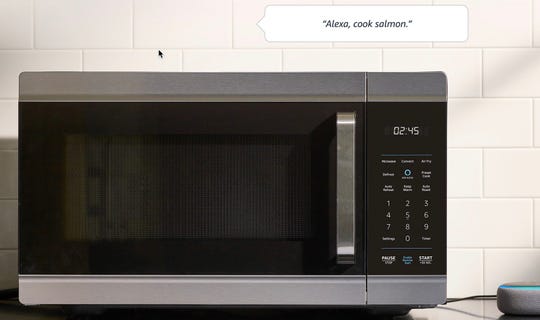 •Amazon Smart Oven, Amazon’s answer to the June oven, a “convection oven, microwave, air fryer, and food warmer,” will cook for you, and have Alexa announce when it’s ready. $249, Nov. 14.

Still to come: Microsoft is expected to unveil new Surface laptops at a press event Wednesday, and Google shows off new Pixel phones with motion-sensing technology and other products on Oct. 15. Both would be expected in stores shortly after.

Samsung released its new just-under $2,000 Fold phone last week and Apple began selling its new products in September, with three new iPhones and a revised edition of the Apple Watch. Still to come: Apple’s pricey $5,999 MacPro computer update is advertised on Apple’s website as coming in the “fall.”

Readers: What new product are you most excited about? Join the conversation on Twitter, where I’m @jeffersongraham.