Having attended high school in Maryland and started his college career at Penn State, Zech McPhearson knows about football east of the Mississippi.

For the Texas Tech senior defensive back, that includes friends and former teammates at MAC schools. From afar, McPhearson gauged the reaction on social media.

“They’re pretty upset about it. Shoot, I would be too,” McPhearson said on a media Zoom call Sunday. “They really didn’t see it coming. It wasn’t something they expected. It’s pretty unfortunate to have that league not playing this year.”

McPhearson said he’s following the talk about the season but tries to avoid dwelling on it, focusing on a season that he hopes come.

Tech receiver Erik Ezukanma, a Timber Creek graduate hoping to build on a redshirt freshman season that saw him catch 42 catches for a team-high 664 yards, was aware of the MAC situation.

It’s not just players, not with the MAC decision and the Big Ten’s announcement to not practice in pads and rumors swirling of imminent decisions this week.

After practice Saturday, Tech coach Matt Wells said everyone from coaches to players to media to parents to boosters are concerned.

“I think to say no one’s concerned is basically to have your head in the sand,” Wells said. “I think every head coach is monitoring everything right now.”

Some players, like Clemson star quarterback Trevor Lawrence, have taken to social media with pleas to play the season.

Let’s work together to create a situation where we can play the game that all of us love. Not divide and argue. There is a way forward

“For sure, we want to play. That’s what we’re here for,” McPhearson said. “We worked all this offseason. We want to show the world the work we put in.

McPhearson recalled the empty feeling that accompanied the cancellation of spring practice in March, just before a scheduled scrimmage.

“It was really weird. I can’t really explain it. The whole world, it seemed like it came to a halt,” McPhearson said. “I remember that last meeting. We had been practicing for spring ball. We all left and went home and didn’t come back for the next two or three months. …

“Hopefully it never happens again, to be honest.” 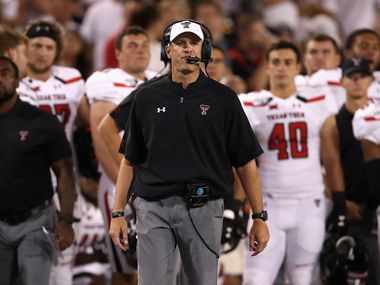