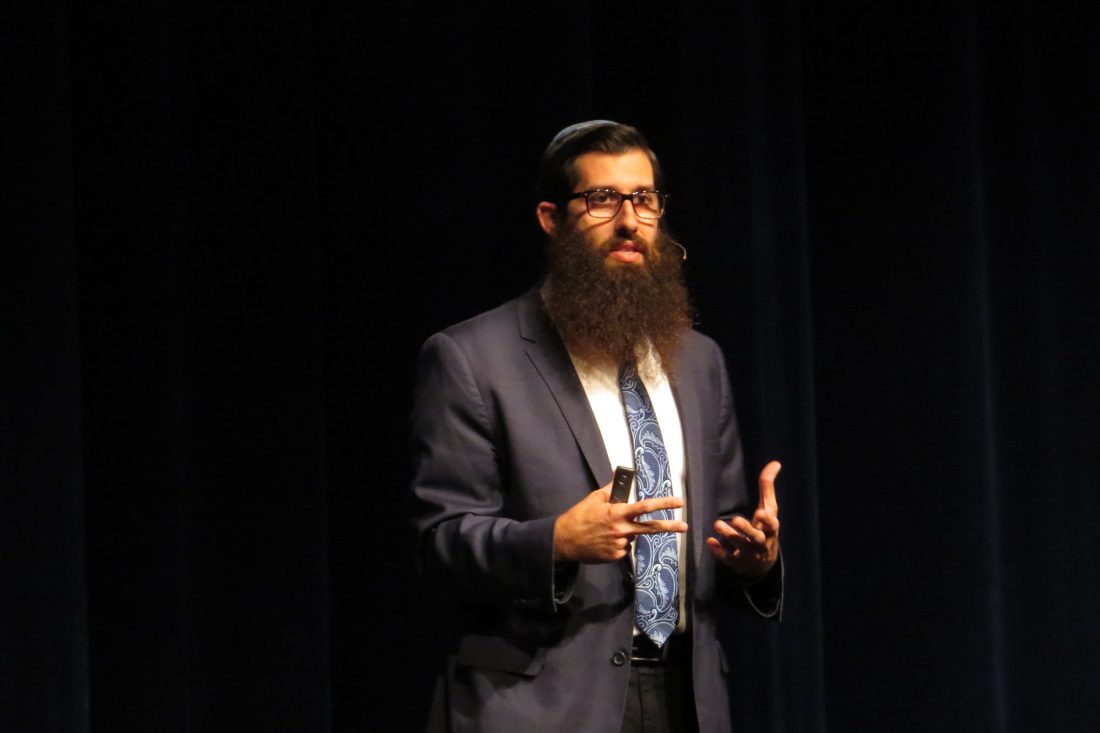 How many uses can you think of for a paper clip? The best person to generate new ideas for innovation is likely a 6-year-old, according to “Tech Rabbi” Michael Cohen.

Cohen gave the opening day address Monday morning to teachers in Ohio County Schools, who gathered for the talk at the J.B. Chambers Performing Arts Center at Wheeling Park High School. He also gave a presentation to the public Monday evening.

The teachers returned to their classrooms Monday, with the first day for students set for Thursday.

Cohen serves as the director of innovation for Yeshiva University of Los Angeles Boys School, where he manages and teaches at the Schlesinger STEAM and Entrepreneurship Center.

A “designer, educator and creativity instigator,” Cohen also is author of the book “Educated By Design” — which outlines his principles for channeling one’s innate creative abilities.

“We each have creativity in us,” he said. “It’s all in the way we release it.”

Cohen said he has noticed as students get older, they are less likely to come forward with new ideas. They don’t trust the other students, and fear their idea will be belittled and criticized, he said. This feeling only increases as a person grows into adulthood, he said.

“Our creativity is purged by the fear of being judged by others,” Cohen said.

He asked those present to take part in “The Paper Clip Challenge,” in which participants had one minute to think of as many uses for a paper clip and list them. Various hooks and jewelry were the most common thought.

Cohen said the challenge was based on one in which participants from different age groups competed for 15 minutes to generate ideas. The group of 6-year-olds generated more than 100 ideas in that time — far more than the other groups, he said.

“The reason for this they have no experiences and contexts to block them from coming up with the craziest ideas,” he said. “They don’t care if their ideas don’t make sense. They’re just having fun.”

Analytical thinking abilities resulting in innovative ideas are what employers now most want in their employees, he said. This is followed by learning abilities and capacity to be creative, original and intuitive.

Creativity is what gives humans an edge over computers and artificial intelligence, Cohen said.

Today’s breaking news and more in your inbox