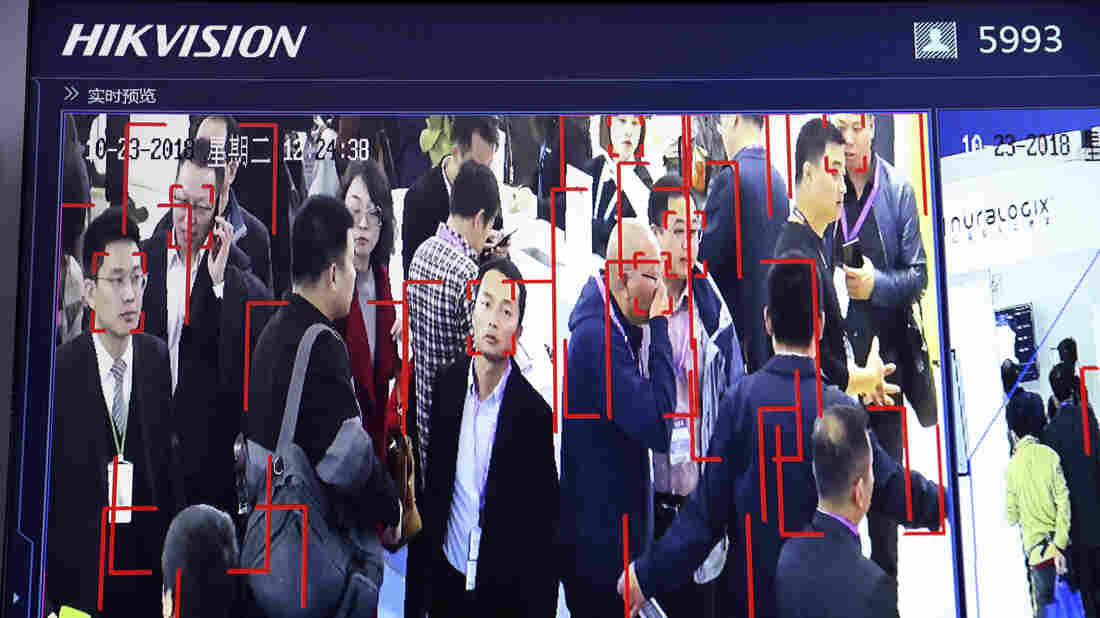 Visitors are tracked by face recognition technology from state-owned surveillance equipment manufacturer Hikvision at the Security China 2018 expo in Beijing. Hikvision is one of several firms that have been added to a U.S. trade blacklist. 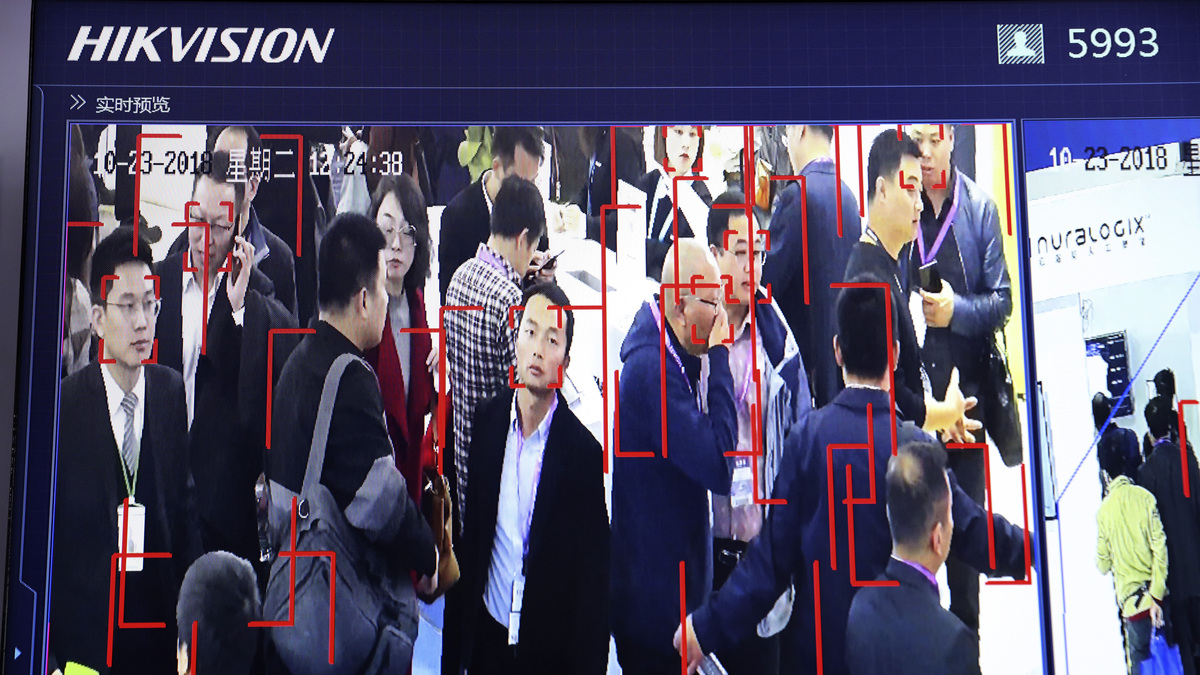 Visitors are tracked by face recognition technology from state-owned surveillance equipment manufacturer Hikvision at the Security China 2018 expo in Beijing. Hikvision is one of several firms that have been added to a U.S. trade blacklist.

The Commerce Department has issued a list of 28 state security bureaus and tech companies in China that it says are being used to suppress the country’s Uighur Muslims and other ethnic minorities – a move that blocks them from doing business with U.S. firms.

The revised Entity List that came out late Monday adds several security bureaus with jurisdiction in China’s western Xinjiang region, where the Uighurs are concentrated, as well as firms such as Hikvision and Dahua Technology, which are leading providers of video surveillance equipment.

The filing says the entities “have been determined by the U.S. Government to be acting contrary to the foreign policy interests of the United States,” and have been engaged in “China’s campaign of repression, mass arbitrary detention, and high-technology surveillance against Uighurs, Kazakhs and other members of Muslim minority groups in the [Xinjiang Uighur Autonomous Region].”

In a statement, Commerce Secretary Wilbur Ross said the U.S. “will not tolerate the brutal suppression of ethnic minorities in China.”

The move comes as the U.S. and China are engaged in a heated trade war that continues to escalate despite more than a dozen rounds of negotiation since it started more than a year ago. China’s Vice Premier Liu He and U.S. Trade Representative Robert Lighthizer are expected to meet on Thursday for the latest high-level talks aimed at resolving the dispute.

Hikvision and Dahua join other high-profile Chinese tech firms Huawei and ZTE, which were placed on the Entity List in August. Also added on Monday are artificial intelligence firms SenseTime and Megvii Technology, and iFlytek, a company that specializes in voice recognition.

Hikvision said in a statement that it “strongly opposes today’s decision by the U.S. Government,” claiming that the move “will hamper efforts by global companies to improve human rights around the world.”

“Hikvision, as the security industry’s global leader, respects human rights and takes our responsibility to protect people in the U.S. and the world seriously,” the company said. “Hikvision has been engaging with Administration officials over the past 12 months to clarify misunderstandings about the company and address their concerns.”

In Xinjiang, a vast territory in northwest China home to many minority ethnic groups, the population is subjected to intense surveillance by face recognition technology and other means. Up to 1.5 million Uighur Muslims and other ethnic minorities are believed to be detained in Xinjiang in massive prison-like education camps.