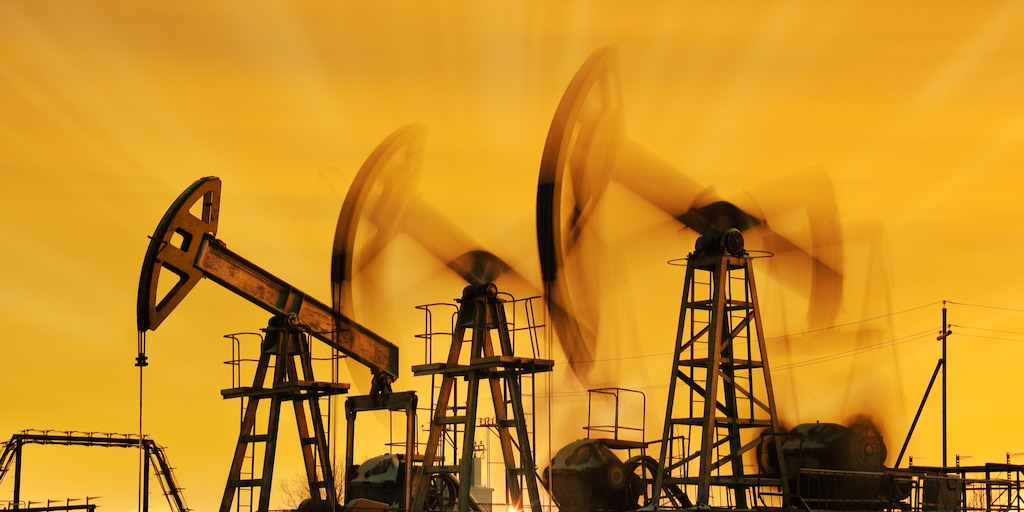 West Texas Intermediate crude futures expiring in June climbed as much as 6.2% before settling up 5.8%, at $20.92 per barrel. Brent crude, the international benchmark, gained 5.1%, to $27.78 per barrel. Both commodities are rebounding off recent lows spurred by a global demand crunch during the coronavirus pandemic.

Energy stocks were the biggest gainers in the benchmark S&P 500, while tech and utility firms also climbed more than 0.7%.

Here’s where US indexes stood at the 4 p.m. ET market close on Monday:

Monday’s gains came despite comments from US Secretary of State Mike Pompeo over the weekend that stoked fears of further US-China conflict. He said there was “enormous evidence” that the coronavirus originated in a Chinese lab, though US intelligence officials and experts have said there’s no evidence to prove such a theory.

“Such statements indicate that Sino-American relations are about to get worse,” said Hussein Sayed, the chief market strategist at FXTM. “A close eye should be kept on how the situation between the two countries develops.”

Read more: Legendary billionaire hedge fund manager Bill Ackman breaks down his 3-part investing methodology — and makes a case for ‘a really cheap, interesting stock run by the best investor in the world’

Investors will be watching this week for further economic data showing the full impact of the coronavirus crisis on the US economy as some states relax lockdown measures. Last week, jobless claims came in at 3.8 million, bringing the six-week total to 30 million. This Friday, the April employment report is likely to show high unemployment and lost jobs.

Still, there may be relief ahead as some states begin to reopen their economies. Goldman Sachs thinks that the drop in economic activity has likely bottomed out and expects a recovery to take either a swift V shape or a softer U shape, depending on the timeline.

Investors will also continue to watch first-quarter earnings to see how companies fared in the earliest months of the coronavirus pandemic. So far, company earnings are poised to post their worst drop since 2009, according to Bank of America.

Tyson Foods slumped as much as 10% following its earnings miss before the bell. The insurance firm American International Group is scheduled to report results after the bell.

Read more: A stock chief at $6.5 trillion BlackRock outlines 5 major themes the pandemic is poised to shape — and why investors should take note of each