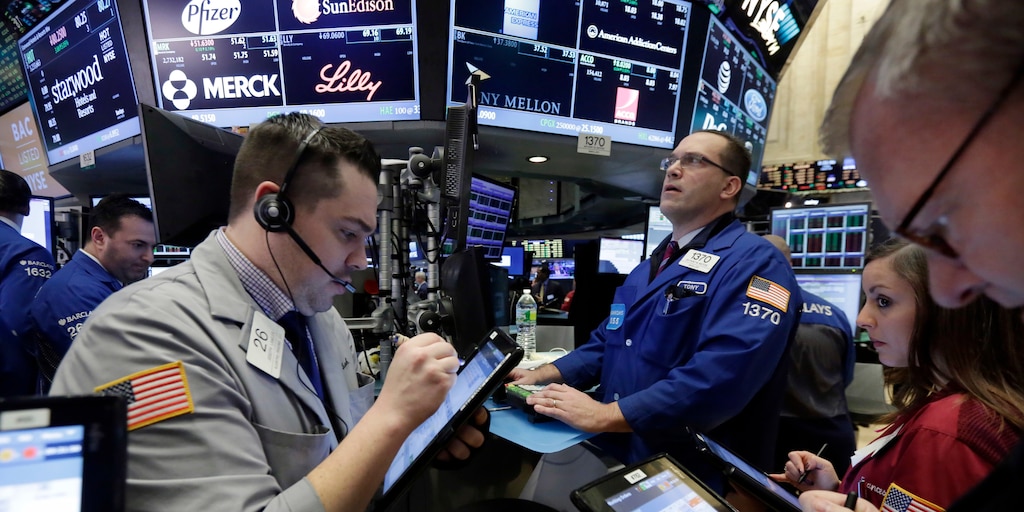 Adobe and Microsoft were among the biggest decliners of the tech firms in the S&P 500.

Here’s where major US indexes stood at the 4 p.m. ET market close on Tuesday:

US states including Mississippi, Tennessee, and Colorado on Monday allowed some businesses to reopen following lockdowns to curb the spread of the coronavirus. Last week, Georgia, Oklahoma, Alaska, and South Carolina started reopening their economies, allowing businesses such as tattoo parlors and hair salons to open.

Slumping technology shares dragged the Nasdaq lower. Alphabet, Google’s parent company, fell as much as 3% ahead of its earnings report. Netflix slipped 4%, while Amazon and Facebook fell 2.7% and 2.6%.

Investors are continuing to look at first-quarter earnings releases to gauge the impact of the coronavirus pandemic. Shares of Ford climbed as much as 7.2% after the company said it expected to begin reopening its European factories as soon as next week. Shares of 3M surged 6.1% at intraday highs after boosted sales of personal safety equipment carried first-quarter results.

Read more: Brad Cornell has been teaching finance at UCLA for almost 40 years. He shares the precise way he calculates the true value of the S&P 500 – and says investors need to ‘be careful out there.’

Oil continued to slump on Tuesday, extending a historic rout for the commodity, which last week fell into negative territory for the first time. Fears that storage may soon be exhausted weighed on prices again. West Texas Intermediate crude futures slipped as much as 21%, to $10.07, before paring those losses and settling down than 1%.

“It looks like fear is kicking into investor sentiment following the insane shock just one week ago that eventually led to negative U.S oil prices and nobody wants to see the next contract expiry date follow the path of the May contract,” Jameel Ahmad, the global head of market research and currency strategy at FXTM, told Business Insider.

He continued: “As a result it appears that upcoming contracts are becoming very liquid, and investors can expect to see continued volatility.”

Read more: The manager of the best small-cap fund of the past 20 years explains why he’s betting big on a consumer recovery – and shares his top 4 stock picks in the struggling sector