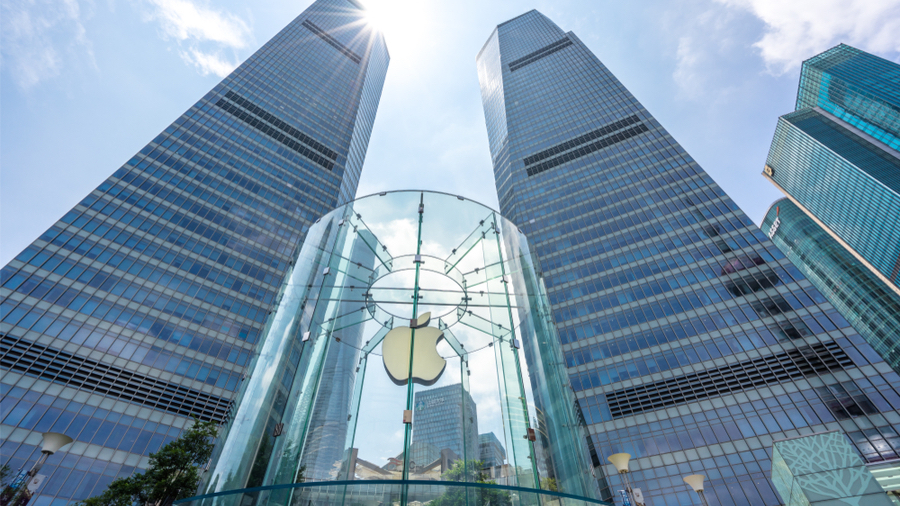 China is making persistent efforts to transition its manufacturing powerhouse status from that of a low-tech producer to a high-tech manufacturing hub. As the US-China trade war completes a full year, this ambition is confronting its greatest challenge yet.

So far, the US has slapped 25 percent tariffs on US$250 billion worth of Chinese goods. China, in turn, has responded with its own tariffs on US$110 billion of US goods. Consumer technology goods were left untouched by the tariffs, that is until now.

Following the US-China sideline negotiations at the G20 meeting in Osaka, both sides agreed to a temporary truce on further tariffs until the year’s end.

However, on August 1, Trump once again threatened to impose tariffs on the remaining US$300 billion of untariffed Chinese goods – which will cover nearly all consumer goods, including laptops, smartphones, computer motherboards, and video game consoles.

These on-again-off-again threats and endless negotiations have frustrated the international business community in China. More than 50 global companies have either already announced or are considering plans to move production out of China, reports say.

With no resolution in sight, prolonged uncertainties for business, and rising labor costs – technology giants like HP, Dell, Microsoft, Amazon, and Apple are now looking to move more of their production line outside of China.

Still, contrary to alarmist media reporting, not everyone is leaving China. Most companies only intend to move certain segments of their production as China remains an extremely important market for this industry.

Here, we piece together the situation as we know it so far.

Which foreign technology firms have shifted out of China?

Google has shifted significant portions of the production of its US-bound motherboards to Taiwan and Malaysia, averting the 25 percent tariffs that would apply on printed circuit board assembly.

Prominent contract-based technology manufacturers, such as Quanta Computer, Foxconn Technology, and Inventec have also migrated parts of their production to Taiwan, Mexico, and the Czech Republic.

As explained by one of the executives of a Taiwanese server manufacturer, “After the tariffs on Chinese goods [that] took effect on September 24, 2018, we started to manufacture and ship servers outside of China from as early as October.”

While import tariffs are indeed one of the main triggers to this partial relocation strategy, other companies are thinking along similar lines – diversifying their China production line to reduce exposure to future risks and tap into new markets.

Companies are also drawing up with radical plans to acclimatize to the new business environment. Samsung, for one, closed its last smartphone factory in the country and will simplify its corporate structure to weather the effects of a dwindling market share in China.

The changes will see its structure become “11 subsidiaries in 28 regions” – each subsidiary taking charge of two to three regions. “For example, the Sichuan subsidiary will oversee two regional offices in Chongqing and another in Sichuan and Tibet, while each regional office also has its own chief,” a source said.

Outside of the tech industry, NewAir Appliances, a California-based company that produces refrigerators and other household appliances, introduced around 50-60 new or revamped goods to the market this year, as part of a strategy to retune their product pricing structure. This significant overhaul of product offerings was proposed as a way of combating consumers and retailers’ unwillingness to pay more for the same products.

Obviously, the strategy is not an option for most businesses in China – especially in the technology space where China has an established supply chain ecosystem unrivalled in the region. However, they explain the lengths that some firms are willing to explore to manage the tariff war, such as by increasing final costs to the consumer while introducing innovation as responsible for the pricing change.

Apple recently announced that it will be trialing its production of AirPods (wireless earphones) in Northern Vietnam as a precursor to a potentially larger mass migration.

Since June, Apple has asked its major suppliers to assess the feasibility of relocating 15 to 30 percent of their production capacity from China to Southeast Asia.

Although Apple has sourced its traditional EarPods from Vietnam for a while now, this will mark the first time its wireless earphones, which came to market in 2016, will be produced outside of China.

Further, HP and Dell are both reportedly planning to move up to 30 percent of their notebook production outside of China; both currently operate manufacturing plants in Chongqing and Kunshan and hold around 40 percent of the global PC market share. Together, the tech giants shipped around 70 million notebooks in the last year alone.

Other leading PC makers, such as Lenovo Group, Acer, and Asustek Computer are also evaluating plans to shift, according to people familiar with the matter.

Tech companies adopt a ‘China plus one’ strategy

A close analysis of these exit plans, however, show that the trade war has not been the sole reason although it has quickened firms’ decision-making.

Yet, contrary to most media reports, tech companies are not fleeing China. Some firms are even moving production to China by implementing a market-specific bifurcation of their production lines.

One example is the Dutch health technology company Phillips.

The firm is shifting its production of ultrasound equipment to China and the production of respiratory masks to the US. This way they aim to reach the rapidly growing consumer demand in each country and bypass any import tariffs that would otherwise apply.

Further, most companies are only moving segments of their production out of China (though at a gradual pace) and adopting a ‘China plus one’ strategy to reduce operating costs, diversify workforces and supply chains, as well as access new markets. China continues to serve as the core of their supply chain while additionally providing a highly valuable market for this industry.

Nevertheless, for companies contemplating to move or have already shifted operations out of China, a common factor remains.

Most are choosing locations close to China. Southeast Asian countries are increasingly being considered as competitive alternatives to China, with their lower labor costs, fast-growing economies, rising manufacturing capabilities, and favorable trading arrangements.

But these countries still have some way to go to match up to China’s high-tech manufacturing ecosystem.

“Although SEA [Southeast Asian] economies are on the rise, they may lack other key characteristics that China has, which gives it a clear advantage despite the ongoing current US-China trade conflict,” Ruiz said.

China Briefing is produced by Dezan Shira & Associates. The firm assists foreign investors throughout Asia from offices across the world, including in Dalian, Beijing, Shanghai, Guangzhou, Shenzhen, and Hong Kong. Readers may write to china@dezshira.com for more support on doing business in China.