You are here: Home / Technology / Windows 10: Landing In July? – InformationWeek

In a conference call, AMD’s CEO let it slip that Microsoft will release Windows 10 at the end of July 2015.

Ever since Microsoft announced the impending release of Windows 10 at a press conference back in January, the tech community has been on the lookout for hints on a definite launch date.

Microsoft gave us some clarity in March, when it announced that the new OS would be released during the summer of 2015. This was a surprise, one that narrowed the launch timeframe to about three months — a smaller window, but still vague.

Now we’re looking at a specific month, thanks to a small slip-up from Lisa Su, CEO of Advanced Micro Devices (AMD). Su was on a conference call April 17 to discuss Q1 earnings when she mentioned that Windows 10 would affect the company’s outlook for Q2.

“What we also are factoring in is, you know, with the Windows 10 launch at the end of July, we are watching sort of the impact of that on the back-to-school season, and expect that it might have a bit of a delay to the normal back-to-school season inventory build-up,” Su said, according to a transcript posted by Seeking Alpha.

There was no further mention of Windows 10 apart from that comment, but the idea of a July rollout is feasible. After all, Microsoft did promise a summer launch, and AMD is a hardware partner of Microsoft, so the company would have inside knowledge on the release date.

It’s easy to see how the back-to-school season would be an opportune time for Microsoft to put Windows 10 into the hands of a massive consumer audience. After all, its new Surface 3 is geared towards students. But the question is, will the OS be ready by then? 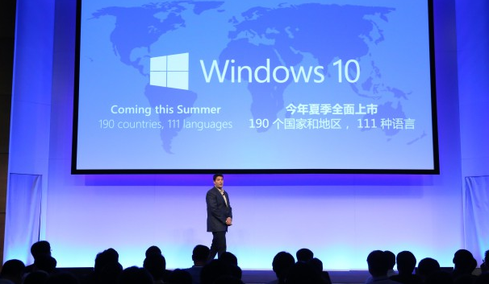 Over the last few months, Microsoft has been releasing Windows 10 builds to Windows Insiders. A technical preview was released to desktop users shortly after the January event; a mobile preview soon followed. Microsoft is taking user suggestions into consideration during OS development to avoid the same kind of backlash that Windows 8 caused.

Microsoft promised that its new OS will bring a desktop version of Cortana, Universal Apps, and the return of its Start menu. The latest version of the technical preview, Windows 10 Build 10049, arrived on March 30. This was the first to bring a test of Project Spartan, Microsoft’s codenamed replacement for Internet Explorer.

The technical previews have definitely reflected improvement over the past few months, but some parts of the OS still seem like they’re works in progress. Will the complete package be upgrade-ready by the end of July? If that date is accurate, Microsoft has just three months to put the finishing touches on Windows 10.

Attend Interop Las Vegas, the leading independent technology conference and expo series designed to inspire, inform, and connect the world’s IT community. In 2015, look for all new programs, networking opportunities, and classes that will help you set your organization’s IT action plan. It happens April 27 to May 1. Register with Discount Code MPOIWK for $200 off Total Access & Conference Passes.