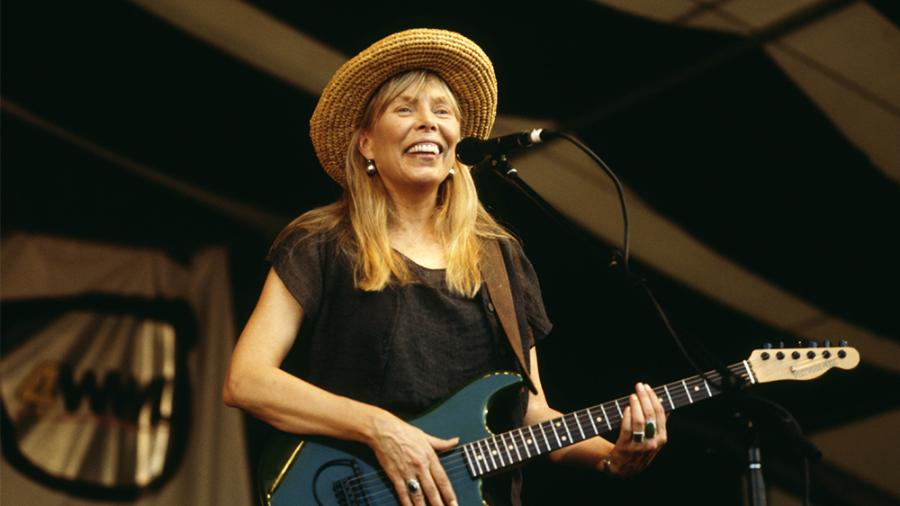 Contrary to a TMZ report, Joni Mitchell is not in a coma, according to the singer’s official website.

“Contrary to rumors circulating on the Internet today, Joni is not in a coma,” the statement said. “Joni is still in the hospital – but she comprehends, she’s alert, and she has her full senses. A full recovery is expected.”

Earlier in the day, Mitchell’s close friend, Leslie Morris, filed a petition on Tuesday to obtain conservatorship over the Grammy-winning artist.

But Mitchell’s website called the legal docs simply a formality “in the absence of 24-hour doctor care – to make care decisions for Joni once she leaves the hospital.”

The site added: “As we all know, Joni is a strong-willed woman and is nowhere near giving up the fight. Please continue to keep Joni in your thoughts. You may add your well wishes for her at the website.”

Her official diagnosis has still not been revealed. The 71-year-old was rushed to the hospital late last month after collapsing in her L.A. home.

Mitchell’s rep did not immediately respond to request for comment.

“Joni remains under observation in the hospital and is resting comfortably,” read the statement. “Her progress is encouraging as she continues to improve each day.”

Mitchell has smoked throughout her life, previously saying, “Six decades of smoking have robbed me of my voice.” She has also said that she suffers from Morgellons Disease, a medical mystery that includes lesions and irritable fibers underneath the skin.

The musician is known for such hits as “Both Sides Now,” “The Circle Game,” “Free Man in Paris” and “Help Me.” Her songs “Big Yellow Taxi” and “River” have been covered by many artists throughout the years.

Her last album of original music, “Shine,” was released in 2007.