Mosey over to the current United.com and you’ll find a website sorely in need of an update. One can hardly blame the airline — its last few years were embroiled in smoothing over the United-Continental merger and an updated website was far from the top of the priority list. With operations finally settling down and money now rolling into the coffers though, it was only a matter of time until the airline’s website went through an overhaul.

As of this week, beta tests on that new website are currently underway. Available over on beta.united.com, users will see a far simpler, more colorful experience compared to the previous website. Fare searches have also been laid out in a more simple, easier to digest format. 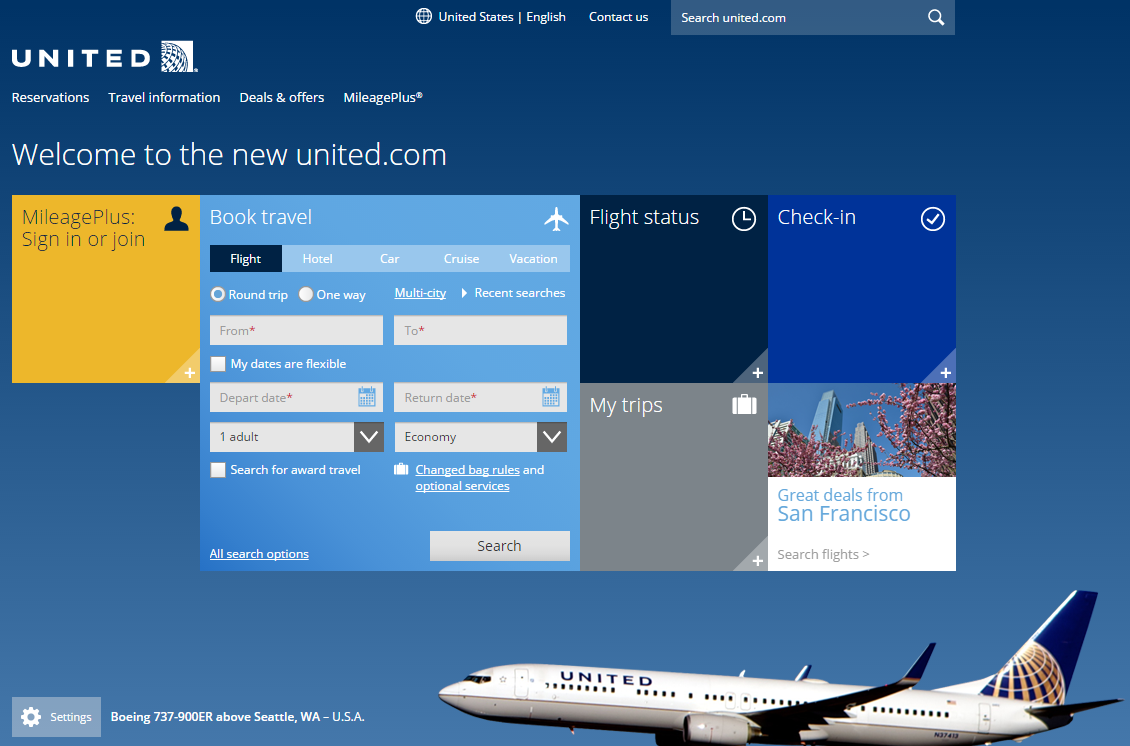 Interestingly, the airline has posted a reward for any hacker willing to put the site through its paces. With its new Bug Bounty, United is offering up to 1,000,000 miles for anyone able to expose a series of bugs in the family of United websites, including “Remote Code Executions,” “Authentication bypass,” “Timing Attacks” or “Cross-site scripting.” In laying out the rewards, the airline is smartly giving an incentive to hackers to foolproof-test the site before it goes live to a wider audience, potentially staving off any future catastrophes. Full details on the Bug Bounty program can be found over on United’s landing page.

As for the point at which the beta website transitions into the main website, nobody is certain. Bloggers and commenters reported multiple problems with the user interface over the course of the week, while as of Saturday, the basic flight search functionality wasn’t working for me. It’s clear that there’s plenty of work left to be done on the site. Hopefully user testing wraps up promptly.